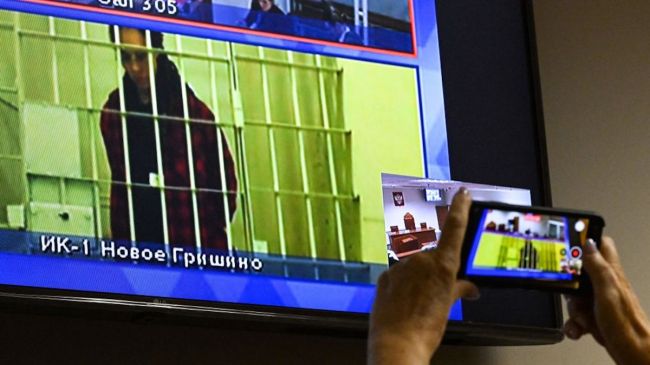 Griner has been in Russian custody since February after they found hashish oil in her luggage when she was entering the country to play in the Russian Premier League. The United States government says that Griner is being “wrongfully detained.”

According to a report from ESPN, “one day in pre-trial detention will be counted as 1.5 days in prison”, which means that Griner — who has been imprisoned for about nine months now — will have to serve around eight years in prison.

all ova some weed carts damn 😭 Russia makin An example out of her sheesh https://t.co/86hoeTu9SR

Free Brittney this some bs https://t.co/BBrmOdBeVM

Yet we still aren't doing anything to get her out https://t.co/tTSVPmZfH8

💔 praying for her family https://t.co/aZnWCa2C2z

In an official statement, White House National Security Advisor Jake Sullivan said: “We are aware of the news out of Russia that Brittney Griner will continue to be wrongfully detained under intolerable circumstances after having to undergo another sham judicial proceeding.”

Sullivan also says that the Biden administration has “continued to engage with Russia through every available channel and make every effort to bring home Brittney.”

As a result of this court’s ruling, Griner will likely have to serve the entirety of her prison sentence unless the American and Russian governments can come to some sort of arrangement. Griner, 32 years old, played college basketball at Baylor University before she was drafted by the Phoenix Mercury as the #1 overall pick in the 2013 WNBA draft.

During her career, Griner has established herself as one of the greatest players in the history of the WNBA, as she’s an eight-time All-Star, two-time scoring champion, two-time Olympian, and a one-time WNBA champion.