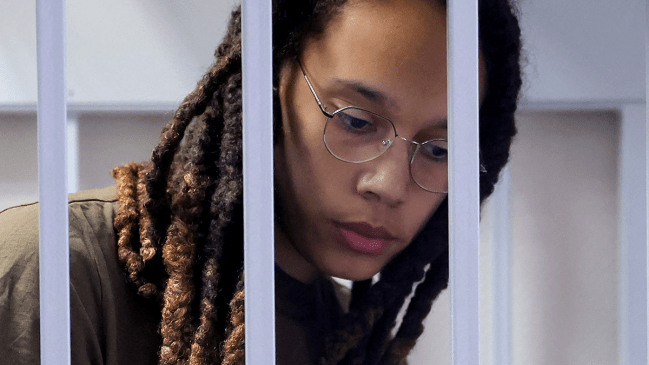 In March, the basketball world was rocked by a fairly shocking development when WNBA star Brittney Griner was arrested in Russia after customs officials discovered a vape containing cannabis oil during a search.

That news sparked a lengthy ordeal that resulted in a number of high-profile names advocating for her release (at one point, Dennis Rodman said he was going to fly to Russia in the hopes of hashing things out before walking back the claim).

The federal government also did what it could to facilitate her release (Russia reportedly pushed for a prisoner swap involving the arms dealer who inspired Nicolas Cage’s character in Lord of War), and while there is still a chance the two sides come to terms on a deal, Griner remains incarcerated after being sentenced to nine years in prison following a trial that concluded in August.

While the WNBA and plenty of figures around the basketball world have shown their support for Griner, there are a lot of people out there who feel like many athletes haven’t capitalized on the opportunity to use their platform to be a bit more forceful about her release.

However, there are more than a few people who’ve attempted to do exactly that only to be told their services aren’t needed—including Steph Curry.

On Monday, Rolling Stone published a profile of Golden State’s most formidable weapon where he revealed he reached out to a few people close to President Biden about helping with the situation only to receive a fairly forceful rejection:

Amid Russian prisoner-swap negotiations for the wrongfully detained WNBA superstar Brittney Griner, Curry says his contacts in the Biden administration rebuffed an offer to help (“They were telling us, ‘Don’t say anything’ ”), so he prioritized airtime for Griner while hosting this summer’s ESPY Awards and wore her jersey onstage.

There’s little doubt some people will attempt to spin this into “THE GOVERNMENT ATTEMPTED TO SILENCE STEPH CURRY FROM SPEAKING OUT ABOUT THE BRITTNEY GRINER SITUATION,” but it’s pretty easy to understand why he was rebuked after offering to help.

In March, Lisa Leslie said she received the same message while discussing Griner’s situation on the I Am Athlete podcast.

The retired legend said she didn’t speak to anyone in the government directly, but revealed the powers that be made it clear that calling an unnecessary amount of attention to the situation had the potential to do more harm than good:

“What we were told was to not make a big fuss about it so that [Russia] could not use her as a pawn, so to speak, in this situation and war.”

It’s obviously an incredibly frustrating reality to have to grapple with, but when people who literally handle international relations for a living tell you not to do something that could exacerbate a situation, it usually doesn’t hurt to take that advice into consideration.