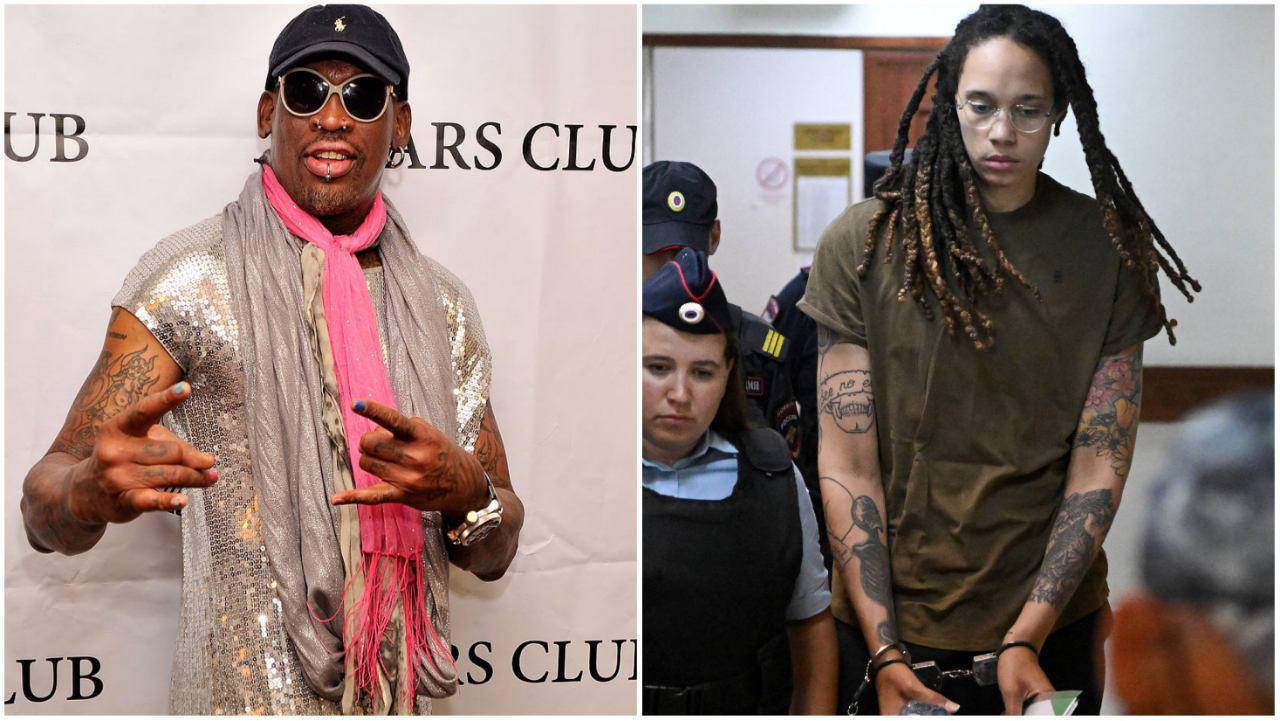 Dennis Rodman is on his way to Russia to see what he can do about bringing Brittney Griner home.

According to NBC News, Rodman says he got permission. to go to Russia and plans to talk to Putin about releasing Griner.

"I got permission to go to Russia to help that girl," Rodman told @NBCNews at a restaurant in D.C. "I'm trying to go this week."https://t.co/jKKNNM16Eh

Former NBA player Dennis Rodman said Saturday that he plans to visit Russia to seek the release of Brittney Griner, the WNBA star who was sentenced to nine years in prison on drug charges earlier this month.

“I got permission to go to Russia to help that girl,” Rodman told NBC News at a restaurant in D.C. “I’m trying to go this week.”

If Rodman goes to Russia, it won’t be the first time he has conducted informal diplomacy with an international leader who has strained relations with the U.S.

Rodman has cultivated a relationship with North Korean leader Kim Jong Un over the past decade,

Though he has a much more established relationship with Kim, Rodman expressed confidence in his understanding of Russia’s president.

“I know Putin too well,” he said

The US government has not commented on whether or not they have given Rodman special permission to speak to Russia.

Rodman does not need special permission from the U.S. to enter Russia — just a visa from Moscow — but the State Department has issued a travel advisory that strongly discourages American citizens from visiting the country. NBC News has reached out to White House national security officials for comment on Rodman’s plans to travel to Russia to engage in the Griner case.