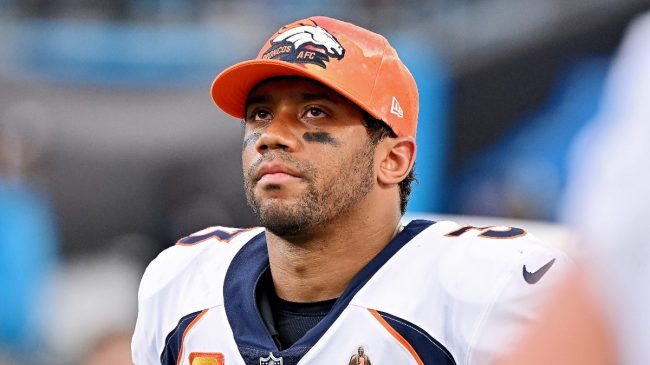 The Denver Broncos took another loss to the season after failing to even compete with the Carolina Panthers. In the middle of the contest, defensive tackle Mike Purcell was seen yelling at Russell Wilson. Now, we finally know what was said in the alarming sideline spat.

According to Troy Renck, Purcell only needed one word to explain the situation. “Frustration.” The Broncos’ defensive tackle seems to paint the picture he was trying to light a spark under Russell Wilson and the offense. In the end, Mike Purcell takes accountability for the defense not holding up on their end against the Panthers.

#Broncos Mike Purcell on his sideline exchange with Wilson. Cap tip to @MaseDenver for video. I shot it but his video was better. #Denver7 pic.twitter.com/ZLUxteHUZw

It’s been a truly bizarre season for the Broncos. They had nothing but high hopes at the beginning of the year after trading for Wilson and hiring Nathaniel Hackett as head coach. Now, the future looks incredibly bleak, as Russell Wilson looks like a shell of his former self.

With the defense typically pulling its weight (and they did against the Panthers as well for the most part), the offense has failed to get things rolling altogether. Maybe this sideline spat can serve as a wake-up call for Russell Wilson and the Broncos’ offense.

At the end of the day, it appears things are spiraling out of control in Denver. It’s never a good look when a teammate yells at the quarterback’s face like that. Regardless, the Broncos’ defensive tackle Mike Purcell certainly deserves to feel frustrated, as the offense has let the team down time and time again.