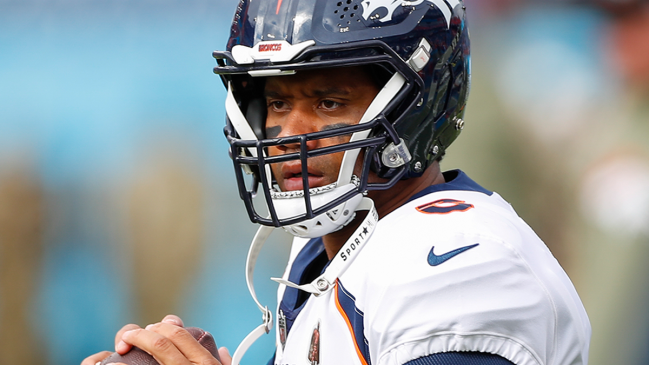 The current NFL season has spawned a number of fairly unexpected developments, but there aren’t many that have been more surprising than the fairly rapid fall from grace Russell Wilson has experienced after being traded from the Seahawks to the Broncos in the offseason.

Wilson has repeatedly invited Broncos Country to ride with him since arriving in Denver, but most people who’ve watched Russ attempt to cook have been treated to an almost unpalatable product that’s left them sick to their stomachs over the course of a campaign where the franchise is currently 3-6.

People have floated plenty of theories in an attempt to explain those struggles; Richard Sherman has placed the bulk of the blame on Nathaniel Hackett and the other coaches he suggested have failed to adjust the gameplan to cater to the quarterback’s strengths, while others have speculated Wilson is simply washed and was traded by a Seattle franchise that saw the writing on the wall.

Even if you don’t agree with Sherman’s stance, it’s pretty clear that there’s been some tension between Wilson and Hackett concerning their vision for the Broncos offense—and if one insider is to be believed, the QB is not only resistant to change but Dangerussly stuck in the past based on some information that’s come to light.

The issue in question was addressed during a recent conversation on 92.5 FM where former Broncos offensive tackle Tyler Polumbus discussed a fairly worrying habit he claims multiple people connected with the organization have understandably expressed some concern about.

The revelation in question emerged after reporter Scott Hastings said Wilson is intent on calling the plays he wants to run, an issue Polumbus suggested may be exacerbated by a borderline inexplicable issue with the audibles he’s still calling more than halfway through the season:

They’re coming back to the huddle like, ‘Dude, what are you saying out there? We don’t know what that is.'”

A few keen observers pointed out that Seahawks wide receiver Tyler Lockett realized that was the case when the QB faced off against his former team to open up the season, as his former teammate told the defense what to look for after realizing Wilson had failed to abandon his old system.

An inside look of how the #Seahawks familiarity with Russell Wilson helped them to defend against him.

You could possibly argue Wilson was still working out the kinks in that game, but if he still hasn’t adjusted after more than ten weeks, the situation in Denver could be even worse than we thought.