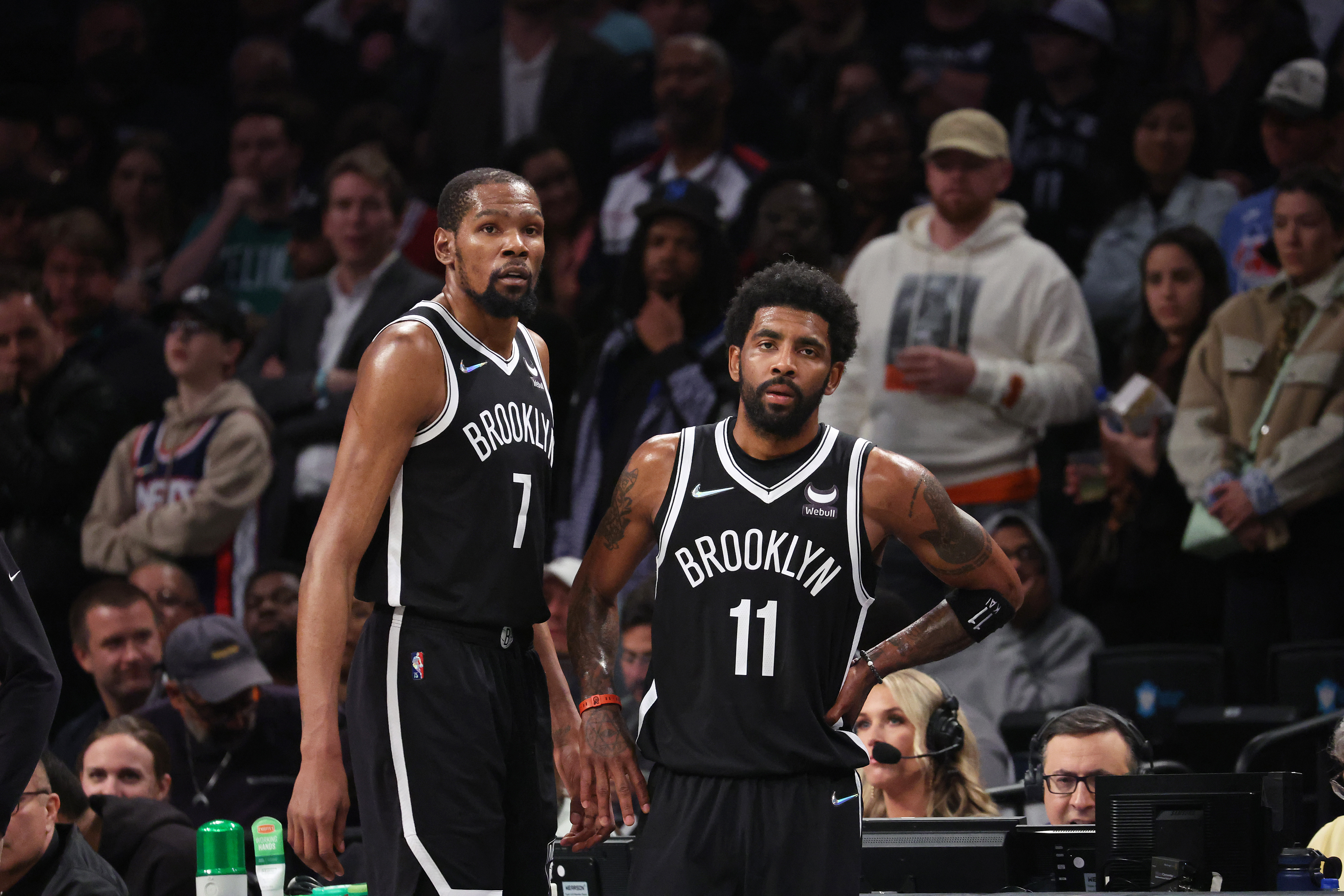 The Brooklyn Nets are currently at an impasse with Kyrie Irving, which could lead to the team losing their two superstars this offseason.

On Wednesday morning, ESPN’s Adrian Wojnarowski reported that the team is not interested in signing Irving to a long-term extension.

Kyrie Irving’s search for leverage on his contract discussions with the Brooklyn Nets won’t be found with the threat of a $30 million pay cut to sign with the Los Angeles Lakers, but the sum of the franchise’s deepest fears: Irving walks, and Kevin Durant wants a trade.

For everything owner Joe Tsai and general manager Sean Marks did to assemble one of the modern NBA’s most talented Big 3s, Irving’s impenetrable connection to Durant looms as a domino to the dismantling of the roster. Brooklyn is straddling the narrowest of walkways: Keeping conviction on Irving’s contract talks and keeping Durant’s desire to stay a Net.

The organization clearly wants Irving on a shorter deal, whether it’s his $36 million opt-in for the 2022-23 season — or perhaps an opt-out and new deal that could give him a raise to $42 million annually on a two-year deal.

Woj went on to report that the Nets continue to refuse to sign Irving to a long-term extension which will likely lead to Durant asking to be traded by the team.

The Nets thus far have not wanted to do a long-term extension with Kyrie Irving, per @wojespn.

Woj reaffirms Kevin Durant will probably ask out of Brooklyn if Irving leaves in free agency.

The situation is also hurting the Nets in free agency.

Thanks to the Kyrie Irving drama, the Nets’ environment has made it harder to keep and court role players, per @wojespn.

Kevin Durant is also not actively recruiting potential free agents to join him like he has in the past.

Teams around the league are hoping the Nets implode in hopes that Durant hits the trade market.

There are teams rooting for Kyrie Irving to opt-out and walk away from the Nets, believing it would give them a chance to cobble together trade packages to acquire Kevin Durant 👀, per @wojespn pic.twitter.com/zUYmUWDJko