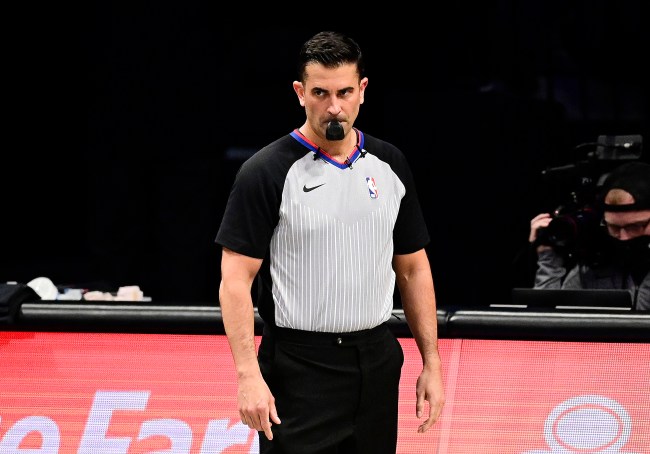 We already have a conspiracy theory going into game 6 of the Bucks-Nets series.

Brooklyn-native Zach Zarba will be the lead official in Game 6 of Nets vs. Bucks. When asked about having a team now a six-minute walk from his home, Zarba said: "For my generation — especially for people who grew up in Brooklyn — it's unbelievable."

It was the end of the Brooklyn Nets’ preseason home opener and Deron Williams was blocked while cruising toward the basket for an easy layup.

When ref Zach Zarba blew the whistle, indicating a foul, the packed Barclays Center crowd erupted in cheers, supporting the impassioned play of their new home team and its star.

For Zarba, 37, the rocking arena also provided the setting for a homecoming. It was the culmination of a 15-year journey packed with endless treks across the country to work in arenas hundreds of miles away from his home in Fort Greene.

“For my generation — especially for people who grew up in Brooklyn — it’s unbelievable,” Zarba said, referring to the new arena, a six-minute walk from his house.

Bucks fans immediately cried foul at the NBA putting Zarba as the lead official and already believe the game is being rigged for the Nets to win.

Like this is actually insane. How is this allowed. It’s just such blatant rigging and they’re not even trying to hide it anymore https://t.co/Rh93jPxJ7k

'We need the Nets in 6 so the big 3 get more rest' https://t.co/hvmbaXRHKi pic.twitter.com/6SRlYrkRqy

I expect our entire starting 5 to be on 3 fouls after the 1st quarter https://t.co/LOc4SdPxCv

@NBAOfficial so how is this ok? Even if he isn’t bias this is an extremely bad look. Like come on https://t.co/xZlch4CBpu

Now how do we explain this @NBA https://t.co/02YkdeNtpZ

How is this allowed?! https://t.co/NjVMYr4eWz

Nah….. there should be public outrage about this one. This is ridiculous. https://t.co/oAzBGaUvuC