Brooks Koepka Posts ‘Blackout Tuesday’ Pic, Fires Back At People After Some Top Comments Were Negative 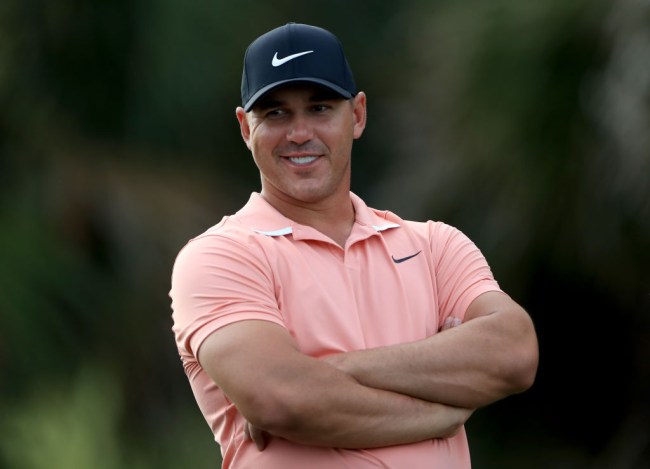 Brooks Koepka, like millions of other people around the globe, decided to take part in ‘Blackout Tuesday’ by posting a black square to his Instagram showing support of protests following the death of George Floyd.

Fellow PGA Tour stars Justin Thomas, Rickie Fowler, and many others posted black squares as well and the initial reaction from some people hasn’t been supportive, to say the least. Dylan Dethier of Golf Magazine took note of it and shared that some of the top comments, which other users see under the photo, were hateful and along the lines of ‘stick to sports.’

One of the top comments under Thomas’ post, written by someone that doesn’t have a name attached to their account or profile picture, started a negative remark writing: ‘You are so miss guided it’s scary. Tell a lie long enough and it becomes the truth.’

Koepka saw Dethier’s tweet and noted that this reaction from some people is a “normal occurrence” and that “it’s not just golf.”

Ppl are always going to hate. Part of the world we live in with social media. It’s not just golf man this is a normal occurrence on any social media page with someone famous or popular.

Koepka decided to follow up his initial tweet letting people know that there shouldn’t be a “pity party” for people like him that are constantly in the spotlight. He explained that hen, and other famous and popular people, are supposed to be able to handle the negative side of social media and negative remarks in general.

Don’t throw a pity party for us cause ppl said something mean or negative. We’re supposed to be able to handle it.

Koepka is one of the leaders of the not so large group in the golf world that tells it like it is and doesn’t hold back when it comes to the media.

Related: Brooks Koepka Rips The ‘Stuffiness’ In Golf, Explains Why He And Other Players Don’t ‘Have To Be Friends’ And Just How Much He Loves The Game