Brooks Koepka Locks His Keys In His Car At PGA Championship, Shows Up Late To Press Conference 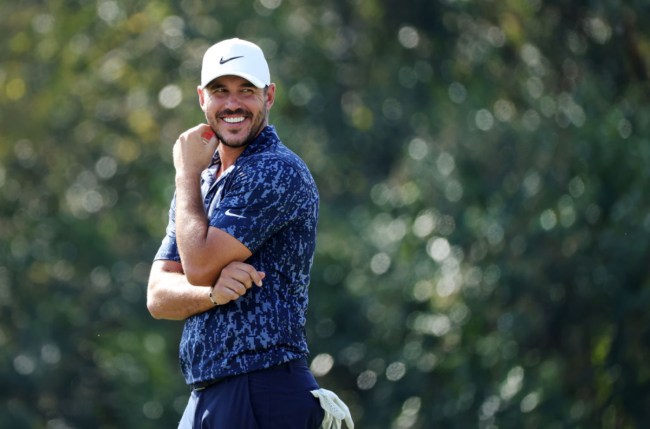 Brooks Koepka’s Tuesday at the PGA Championship didn’t get off to the greatest of starts.

Before driving over to Southern Hills for his pre-tournament press conference, the two-time PGA Champion accidentally locked his keys in his car. He took the blunder in stride, however, as he jumped on Twitter to post a video explaining the situation, and tagging the PGA Championship letting folks know he may be late for his media availability.

Koepka explains that after starting the push-to-start car, the keys were left in the middle console before someone jumped out to put some bags in the back. Like anyone else, they figured the car wouldn’t lock them out given that the keys were inside the vehicle, but they thought wrong.

Apparently, it wasn’t Koepka’s fault the keys got locked in the car, he pinned the mistake on his putting coach, Jeff Pierce.

The superstitious golf fans out there will undoubtedly look at Koepka locking his keys in his car as some sort of bad omen.

Koepka hasn’t played in a tournament since the Masters back in April where he missed the cut.

He’s a different type of golfer at the PGA Championship, however, given his two wins and a tie for second a year ago at Kiawah Island.