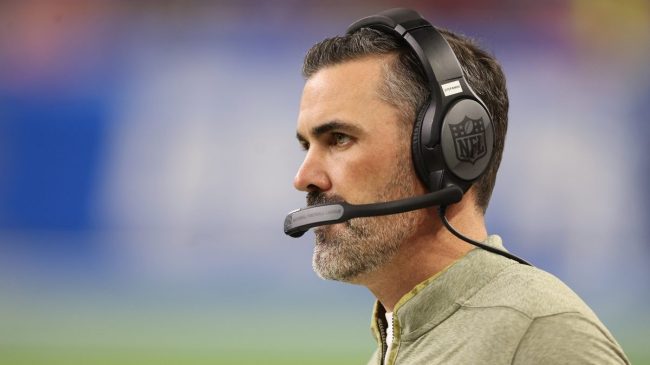 It’s been an ugly season for the Cleveland Browns. They’re currently 3-7 on the year after going to the playoffs last season. It’s a bad look for this organization as they’ve clearly taken a step back. Myles Garrett may have called out the coaching staff in the postgame interview and now head coach Kevin Stefanski responds.

According to Scott Petrak, Garrett was adamant about Cleveland not wasting talent. After the loss to the Buffalo Bills, the superstar defensive end stated, “We gotta make sure we don’t waste the talent that we have in its prime right now.”

Now, the Browns’ head coach fires back with his own response, per Ben Axelrod. After Myles Garrett called out the coaching staff, Kevin Stefanski sort of jabs back at the team with his comments about the lack of takeaways this season.

#Browns Kevin Stefanski on Myles Garrett’s comments: “Myles speaks for Myles. I’ll talk to him about it. We put a lot of emphasis in our building on takeaways. We haven’t gotten them.”

At the end of the day, both Garrett and Stefanski are right to criticize. The Browns haven’t performed well at all. That could certainly be put on coaching, but you can certainly point the finger at the personnel as well. Especially considering the defense mainly struggles outside of Myles Garrett.

Maybe the Browns’ head coach can find a way to turn things around. However, with a 3-7 record going into Week 12, it’s not looking great for Cleveland. Maybe they’ll receive a spark once Deshaun Watson returns, but it’s not a great look to have the head coach and superstar talent arguing the open like this.