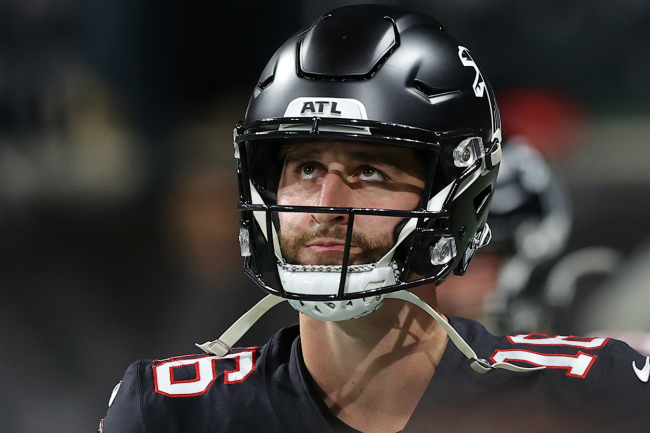 The Browns have to figure out what to do at quarterback this fall. Cleveland traded for Deshaun Watson during the offseason despite the since-settled civil lawsuits against him and is now bracing for the former Texans quarterback to be suspended.

Although there is no way to know exactly how long Watson’s suspension will be, the expectation is that it will sit around eight games. That is two thirds of the season.

As things currently stand, Cleveland has Watson, Brissett and Josh Dobbs on the roster. The former is expected to be suspended, while the latter is expected to serve as the No. 2 quarterback on the depth chart. The question then is who will be the third-string.

According to ESPN’s Jeremy Fowler, the Browns have two options in mind for their third quarterback.

Both names are notable, but not necessarily for their success in the league thus far.

The Cleveland Browns are working out quarterbacks this week, including veterans A.J. McCarron and Josh Rosen, per sources. Cleveland looking to go to training camp with four quarterbacks, with Jacoby Brissett to be the QB1 depending what happens with Deshaun Watson's status.

A.J. McCarron, 31, was a fifth round pick out of Alabama in 2014. He has spent time in Cincinnati, Oakland, Houston and Atlanta and has completed 62.6% of his 174 pass attempts for 1,173 yards, six touchdowns and three interceptions in eight years. McCarron is also coming off a torn ACL.

Josh Rosen, 25, was the No. 10 overall pick out of UCLA in 2018. He is widely considered a massive bust and has played 24 games over four years with Arizona, Miami, San Francisco and Atlanta. Rosen led the Cardinals to a 3-13 record in 2018 and has completed only 54% of his 513 pass attempts with 21 interceptions to only 12 touchdowns.

Neither stat sheet stands out and neither quarterback has been overwhelmingly successful during their careers thus far. The Browns may choose to go with McCarron or Rosen as their No. 3 option at quarterback during Watson’s suspension, or they may choose to pass on both guys.

Either way, neither one inspires much confidence in their ability to lead Cleveland back to the playoffs if their number was called into action.