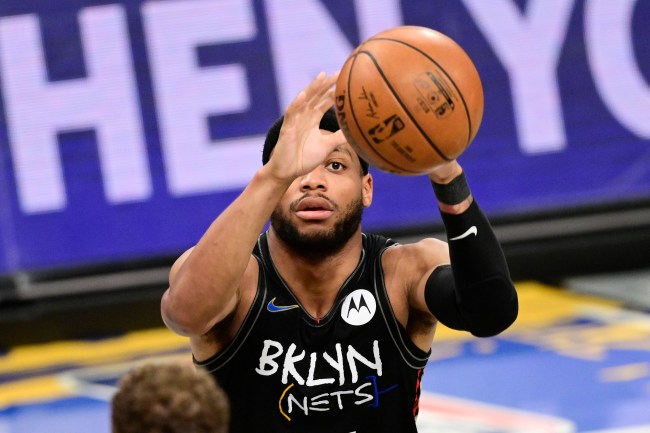 The Brooklyn Nets lost a close game 3 to the Milwaukee Bucks and Nets fans aren’t happy with guard Bruce Brown.

With less than a minute left in a tight game, Brown missed two crucial shots in back-to-back possessions despite the fact that his teammate Kevin Durant was hot in the fourth quarter.

Bruce Brown crucial back to back misses pic.twitter.com/mAK9WIr3zK

The Bucks went on to win the game by three points and Nets fans blasted Brown taking two important shots instead of passing the ball to his superstar teammates.

i have never respected a player more

WHAT THE … BRUCE BROWN JUST LOST HIS MIND, ALONG WITH THE GAME.

Who Bruce Brown thought he was shooting that 😭💀 pic.twitter.com/paOLy3TVHd

KD looking at Bruce Brown in the locker room after he took the last shot: pic.twitter.com/O56i7lOunj

Bruce Brown had a dream pic.twitter.com/F8pIAqTEeg

“Bruce brown for the win!” pic.twitter.com/quOU6crLDf