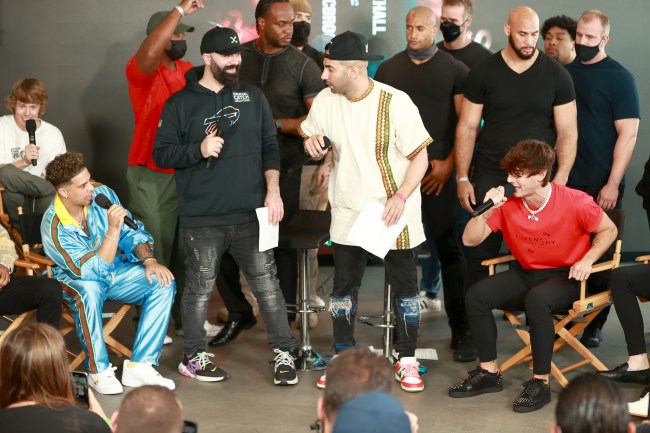 A week after Logan Paul and Floyd Mayweather duked it out for eight rounds we have another celebrity boxing event in Miami.

On Saturday night, famous Tiktoker Bryce Hall will take on Youtuber Austin McBroom at Hard Rock Stadium in a fight card that will feature a battle of the social media platforms.

TOMORROW. #YouTubers vs #TikTokers plus @djkhaled, @lilbaby4PF, @Migos & more! It doesn’t get any bigger than this.

According to organizers of the event, influencers with a combination of over a billion followers will descend into Miami to watch the fight.

“Never before have you seen a single event with the sheer numbers these influencers have; you’re looking at well over a billion followers between them,” said Rob Ellin, CEO of LiveXLive, which is promoting the event. “This is groundbreaking stuff, we’re setting records here while giving the fans a night of entertainment for the ages.”

Hall vs McBroom Social Gloves: Battle of the Platforms is set to go live 7pm on Saturday, June 15th at the Hard Rock Stadium in Miami and will be available to watch on pay-per-view at the LiveXLive site.