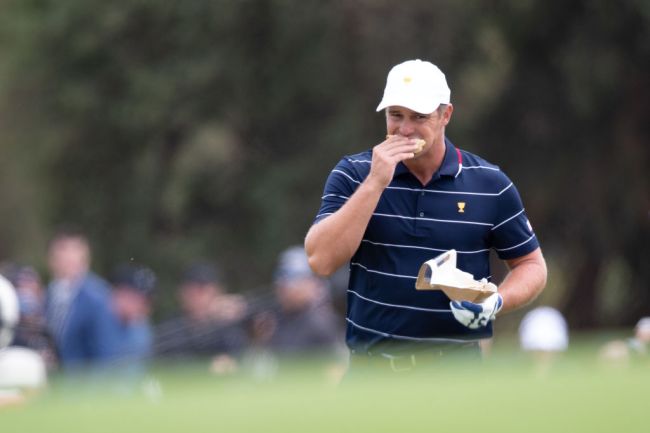 Bryson DeChambeau has completely transformed his body over the past couple of years. In an attempt to become the longest hitter on the PGA Tour, the once tall, lanky-ish DeChambeau has put on north of 45 pounds. His strategy has worked as he ranks first on Tour in driving distance and has picked up three wins, including a U.S. Open, over the last nine months.

In order to put on this extra mass, DeChambeau has obviously had to switch up his diet and consume a lot of food. More food equals more chewing, and knowing how scientific and downright quirky DeChambeau is, it should surprise nobody that he was, and maybe still is, working with a dietician to measure his chew rate, according to Sean Zak of GOLF.

We’re talking about a man here that celebrated his win at the Arnold Palmer Invitational by downing some chocolate milk and eating gummies. Measuring chew rate is extremely on-brand for DeChambeau. 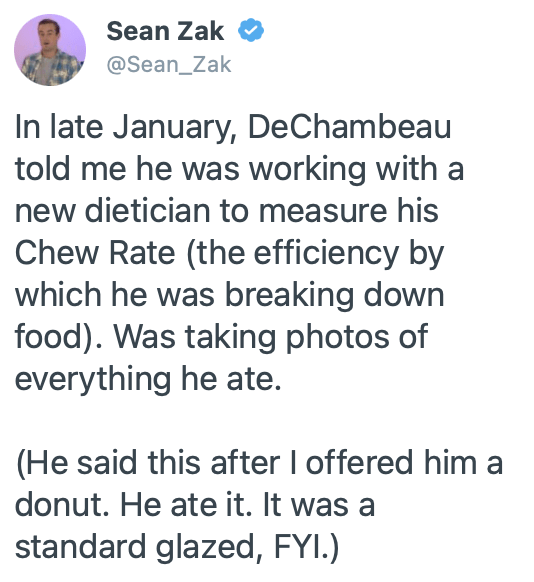 I have a degree in exercise science (no biggie) and during my four years of undergrad in which I paid attention about 17% of the time, I never heard the phrase ‘chew rate’ in the many nutrition and health classes I took, but apparently it’s a thing.

According to a study found in the National Library of Medicine, which sounds important to me, “research suggests that there might be a relationship between chew count as well as chewing rate and energy intake.” Chewing of course expends energy, but according to the research, it could affect energy intake as well.

Whatever works though, right? It’s a fact that DeChambeau has changed the game of golf and his strategy has worked out pretty well for him so far. If he wants to take into consideration his chew rate to allow his body to perform at the best of its ability, it’s a little weird, but there’s no harm in that.