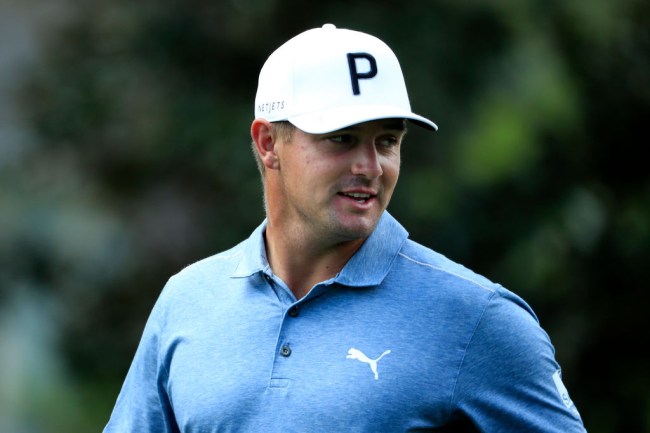 Bryson DeChambeau has dominated the headlines since the PGA Tour resumed operations three weeks ago. He’s made it well known over the past handful of months that he’s been bulking up in an attempt to pick up speed and distance off the tee and holy hell has he accomplished that.

His back-to-back Top 8 finishes since the restart are one thing, but the big story here is just how long he’s been off the tee. At the Charles Schwab Challenge, the Tour’s first tournament back, he led the field in average driving distance averaging 340.3 yards off the tee. This week at the Travelers Championship he’s backing it up averaging over 333 yards off the tee as he’s currently wrapping up his second round.

DeChambeau really showed off his power at the Par 4 seventh hole with a 359-yard drive leaving himself a flip wedge into the 442-yard hole.

He then stepped up to the 9th tee box and cut the corner on the Par 4 with an extremely aggressive line with a 358-yard drive leaving himself just over 20 yards into the hole.

You would think those two drives would be the most impressive of the day, but no, the mad scientist had another trick up his sleeve. DeChambeu pulled his tee shot on the Par 4 10th hole where his ball caught the cart path traveling a cool 428 yards. Now sure, the path added a solid 60+ yards of roll, but it’s still unbelievable.

Just when you thought you'd seen it all …@B_DeChambeau just hit a 428-yard drive (with a little help).#QuickHits pic.twitter.com/QOFTMpHBoL