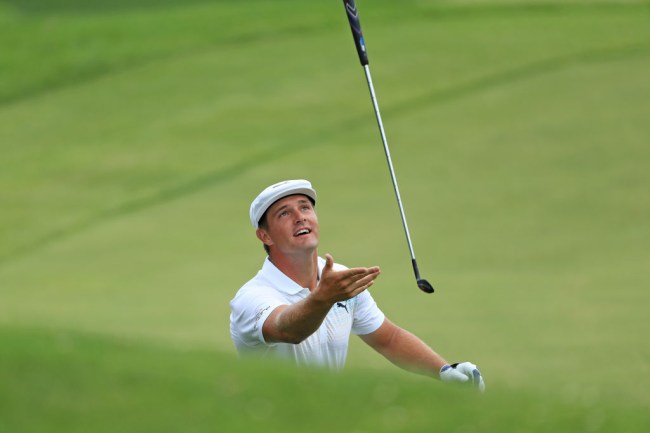 Bryson DeChambeau had himself a rather active Thursday as the 2020 PGA Tour season got back underway at the Charles Schwab Challenge. Not only did he get to show off the fact that he’s transformed into a human tank over the past few months, he also released a rather interesting video on Instagram about his life during quarantine.

It’s not just some short recap video, either, DeChambeau went all out and published a 15-minute long montage video about what he got into during the PGA Tour’s nearly three-month break. The most impressive part of the video? It remains interesting throughout the entire 15 minutes despite the fact that DeChambeau, nor anyone else, actually speaks throughout the entire thing.

And yes, less than a minute in, shirtless DeChambeau makes an appearance. He lets the world know right away that he’s a badass because badasses only fry baken without a shirt on.

The video is also complete with some inspirational quotes such as “not all storms come to disrupt your life, some come to clear a path.” We really do get it all from Bryson here, folks.

In all honestly, the video is interesting, it’s a cool look into how the No. 13 player in the world passed the time during quarantine.