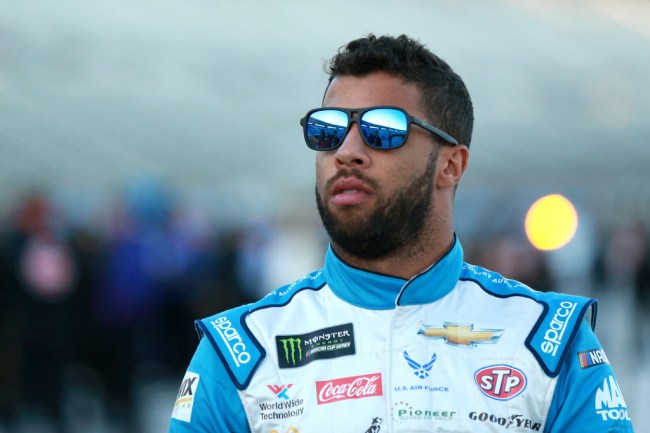 The FBI and U.S. Attorney Jay E. Town released a joint statement on Tuesday stating that the alleged noose found in Bubba Wallace’s garage on Sunday at Talladega had been in the garage since 2019 concluding no crime had been committed.

It’s worth noting that the FBI’s statement did use the word ‘noose’ to describe the rope. The investigation concluded that nobody could have known Wallace was going to be assigned to that garage where the rope had been since 2019.

Wallace himself has stated that the rope was a garage pull ‘fashioned like a noose’ and that he has photo evidence that is ‘alerting.’

“When I did find out, I was very adamant on searching all of the garages and making sure that this wasn’t a garage pull and it ended up being one,” Wallace told Today Show on Wednesday morning. “The photo evidence that I’ve seen that I have in my possession of what was in our garage is exactly a garage pull, it is, that is a noose.

“It makes the hair on the back of your neck stand up.” –@BubbaWallace describes a photo he has of the garage pull rope fashioned like a noose found in his garage stall. pic.twitter.com/ORU40RfqGX

Also during his interview on the morning show, Wallace again confirmed that it was a “rope pull for the garage, it was attached,” but definitely in the shape of a non-functioning noose.

“It was not a functioning noose, but it was a noose.” –@BubbaWallace describes the garage door pull rope found in his garage stall at Talladega Superspeedway. pic.twitter.com/H4lPlzl9J4