Bubba Wallace Addresses Kyle Larson’s Use Of The N-Word, Says They Had A ‘Good Conversation’ The Following Morning 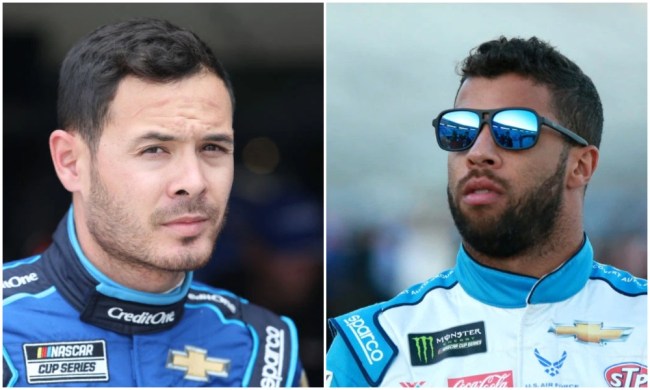 Bubba Wallace, the only African-American driver in NASCAR’s Top 3 series, released a statement regarding Kyle Larson using the n-word during an iRacing event this past weekend on Twitch. The 26-year-old began his statement by writing that he didn’t want to be involved in the controversy, but “was from the very beginning.”

Following his explanation of why the n-word is racist and saying that “part of my background and culture feels attacked and hurt, and other part feels confused and angry,” Wallace explained that within five minutes of the incident, Larson had already texted him.

“He called me the next morning as well. Finally I called him back with FaceTime to talk ‘face to face,’ and we had a good conversation, his apology was sincere. His emotions and pride were shattered,” Wallace wrote.

“We discussed why he chose to use that language and I shared my thoughts. I told him, it was too easy for him to use the word and that he has to do better and get it out of his vocabulary. There is no place for that word in this world.”

Less than 24 hours following the incident, both NASCAR and Larson’s racing team Chip Ganassi Racing suspended him without pay.

Less than 24 hours after the news of the suspensions, Chip Ganassi went a step further and officially parted ways with Larson.

With the NASCAR season on hold at the moment, it’s unknown just how long Larson’s suspension will be once the season eventually picks up again.

Related: We Caught Up With NASCAR’s Bubba Wallace And Talked About Being On ‘Cold As Balls’ With Kevin Hart, Getting Bored During A Race, His Love For Photography And The State Of His Golf Game