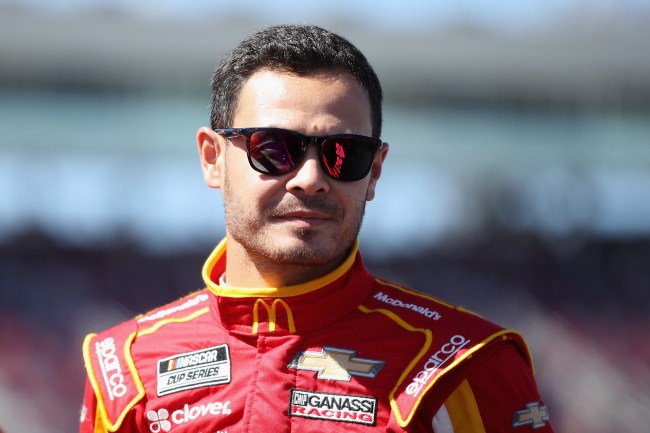 NASCAR driver Kyle Larson is some hot water if he appeared to use a racial slur during a live stream of Sunday’s iRacing Pro Series event.

In the video posted on social media, Larson doesn’t realize he was live on-air during the online simulation race and blurted out “You can’t hear me? Hey, n******.” to the shock of the others on the stream.

While NASCAR has yet to respond to the clip, fans and journalists immediately blasted Larson for using the N-word on stream.

May become the first driver to lose their job via a video game. #ByeByeSponsors

Hell, Conor Daly lost sponsorship (which was BS by the way) when a second hand story came out about his dad using the word

My point: Kyle Larson is screwed.

Really disappointed with Kyle Larson. #NASCAR and it’s fans get enough crap as it is.. This definitely won’t help. Racial slurs are never okay, toward ANY race. Come on man.

I’ll be damned. I thought all those dudes calling me a n-word on Xbox live were moron preteens but turns out it was Kyle Larson the whole time. https://t.co/FGWa7PYKg6

I think one of the worst parts about the Kyle Larson situation is that it reinforces stereotypes about the sport. People associate NASCAR with rednecks and rednecks with racism.

Larson’s slur reinforces an image that NASCAR has worked so hard to get rid of.#NASCAR

This is gonna be a hard one to stomach NASCAR fans. Extremely frustrated with Kyle Larson.

This is why fans can't have nice things. Some drivers are too stupid to speak without a script, as a result everyone is watered down. pic.twitter.com/BtBpByZbHO