Bubba Watson Opens Up About His Anxiety: ‘I Thought I Was Going To Die’ 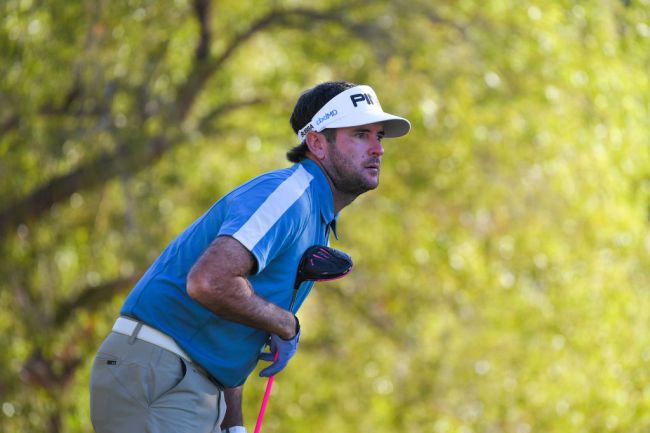 Bubba Watson may have two green jackets in his closet and 12 PGA Tour wins to his name, but that doesn’t mean life is perfect for the lefty.

Watson recently chatted with Steve DiMeglio of Golfweek and opened up about dealing with anxiety and how it got to a point where he honestly thought that he was going to die. While Watson is in a good place now, 18 or so months ago it was a different story. He explained that he was rushed to the hospital three times over the past couple of years worried he was going to pass away from a heart attack.

“I had a lot of noise in my head,” Watson told Golfweek. “I thought I was going to die. It was rough.”

Watson also went through a spell where he was losing a massive amount of weight. Being a guy with a tall, lanky build, losing a significant amount of weight obviously wasn’t good for Watson. He explained that he dropped 30-35 pounds below his normal weight and the scale tipped to 162 pounds, which reminded him of his dad, who passed away in 2010 after a battle with cancer.

“When I started losing the weight and was getting skinny, it gave me flashbacks to my dad,” Watson said. “So that gave me more mental issues, more anxiety.

The soon to be 42-year-old was the No. 2 player in the world not too long ago, but he fell to 65th in the world in early 2020 but has since battle back and finds himself ranked 46th at the moment. There’s no other way to put it other than Watson was going through some things, but thankfully he told Golfweek that he’s feeling as good as he has in a very long time.

Watson explained that talking about his anxiety, and admitting to himself that he is actually nuts, has helped tremendously.

“I’ve sought help in many different ways, many different forms, trying to overcome it,” Watson said. “It really comes down to me being nuts. I’m trying to make light of it because using humor helps. But it’s all in my head. It’s all anxiety.

“I think more people are speaking out about mental issues and I want to be one of them. I think it’s the only way to get through it. We’re designed to talk to people, to air it out, and get help. I am old enough now to realize my life is a waste if I don’t share, if I don’t try to get better myself so I can help other people.”

At the moment, Watson could very well be playing his best golf since winning three times in 2018. In his two starts in the new season, he’s finished T-7 and T-4 and is carrying a lot of momentum into Augusta National, a place he’s all too familiar with.