Bubba Watson Says He Excessively Texts Tiger Woods The Most Random Stuff, Which Often Gets Him Blocked 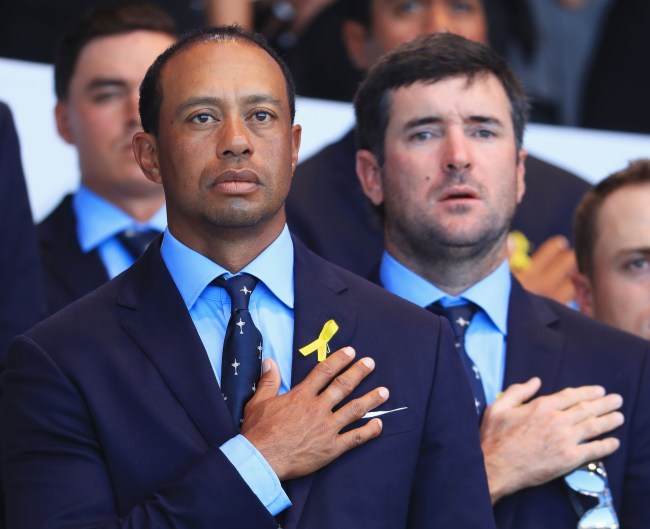 Bubba Watson has that whole “aw shucks” thing going on for him, with his country accent and boy next door kind of attitude, but it doesn’t seem to be working for him too well. It’s why the lefty has seen his fair share of fan encounters over the years, and why, during any tournament in which he’s in contention, the crowd often supports opposing players instead of him. For some reason, dude just rubs people the wrong way.

One person who doesn’t seem to enjoy the random stuff that pops into the head, or the phone, of Bubba Watson is Tiger Woods. Sure, both Bubba and Tiger have played against one another and as teammates on the Ryder Cup before — and, generally speaking, have a mutual respect more than anything — but Woods sure doesn’t seem to like the excessive texting that Bubba Watson sends all the time. Well, at least according to Watson himself.

As a guest on The Dan Patrick Show, Bubba said that, during Ryder Cup events, he spends most of the week sending Tiger Woods as much “random stuff” as possible. Why? To try and help build team chemistry, but, really, it’s just because it’s the lefty’s weird routine. Here’s what he had to say to Patrick about it.

Dan Patrick: “Does he accept your text messages?”

Bubba Watson: “Sometimes… he’s probably blocked me before. He changes his number quite a bit.

Obviously, if you’re Tiger Woods — one of the most influential people on the planet and, arguably, the best golfer ever — it makes sense that you would change and/or block your number as frequently as possible if these texts from Bubba Watson are coming through. Ain’t nobody got time for that type of random sh*t, Bubba.

It’s probably all in good fun — well, at least Bubba seems to think he’s just trying to be nice — but Woods clearly doesn’t seem to intrigued with a photo of a friggin’ water bottle.