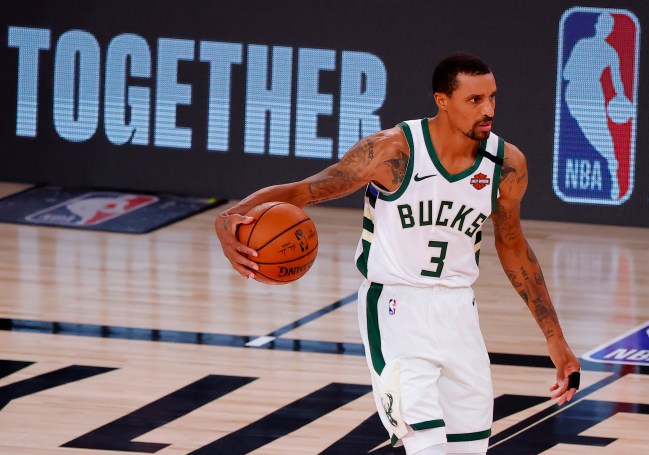 Bucks’ George Hill had a pretty honest answer when asked why he skipped the anthem and stayed in the locker room.

Before game 5 of the Bucks-Magic series, Hill was seen lounging around backstage while his teammates were on the court during the anthem.

George Hill chose to stay by the locker rooms during the national anthem. He joined his teammates once it was over. pic.twitter.com/vnvbNs5o6k

Many thought Hill, who led the team’s boycott earlier in the week, was protesting the anthem.

So brave and heroic! The guys who fought on D-Day could learn something from him.

When asked about why he was in the locker room during the anthem, Hill says his pregame ritual is to take a dump before games.

During postgame, @seeratsohi asked George Hill why he wasn't in the arena for the national anthem. Hill asked if she wanted the honest truth. She said yup. "I take a shit every time before the game."

Just so happened this time cameras saw him coming back toward the court.

"I take a sh!t every time before the game."