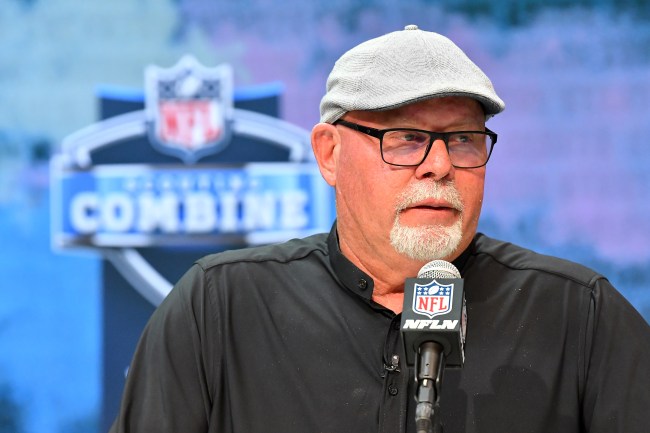 Tampa Bay Bucs head coach Bruce Arians doesn’t appear to be a fan of NBA players and NFL players protesting just for the sake of protesting.

When asked about his thoughts on the latest round of player protests in the NBA, MLB and NFL Arians said “protesting doesn’t do crap” and that he believes in taking action instead.

Buccaneers head coach Bruce Arians speaking to the media right now. When asked about the various boycott’s around different league’s he said “I would beg them to take action. Protesting doesn't do crap in my opinion.”#bucs | #gobucs

Arians went on to expand a bit on what he meant about “taking action”.

I think your responsibility is to take action. I don’t know that protest is an action. I think each guy, as a personal thing, I would beg them to take action, find a cause, either support it financially or do something to change the situation.”

Arians was later asked what he would do if his team wanted to sit out practice in protest and he said that he would only agree with it if players were serious in doing something for change.

Four NFL teams didn't practice today, NBA/MLB teams didn't play last night, but Bruce Arians said today of his talk with players: "If they want to do something, we'll do it, as long as it's something that's going to have something to do with change and not just taking a day off."

This isn’t the first time Arians has urged people to take “action”. Back in June during the height of the BLM protests Arians made similar comments while speaking to the media.

#Buccaneers coach Bruce Arians: “When the protesting is over, I urge everybody to take action. Do something positive. Don't go back to being silent." pic.twitter.com/FQ1s76YNpT