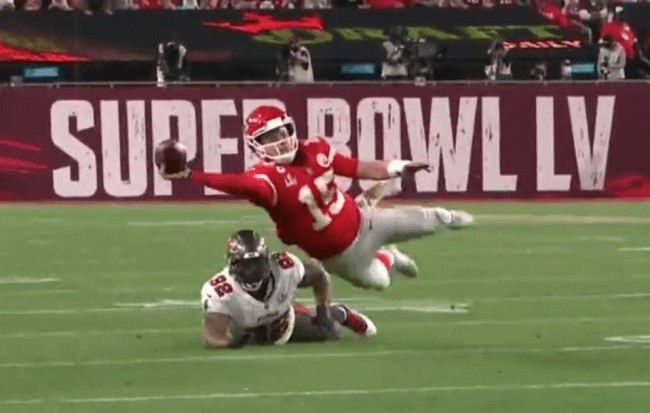 Even Bucs players were in awe of Chiefs QB Patrick Mahomes on Sunday.

Early in the fourth quarter of the Super Bowl, an injured Mahomes was able to scramble out of the pocket and made an incredible throw while diving forward that was unfortunately dropped by running back Darrel Williams.

Can we accept that this Patrick Mahomes throw is the greatest incompletion of all-time…pic.twitter.com/jaQhWroZGI

On Tuesday, NFL films released sideline conversations between Bucs players talking about how Mahomes is a “magician” because of all the amazing throws he was able to pull off.