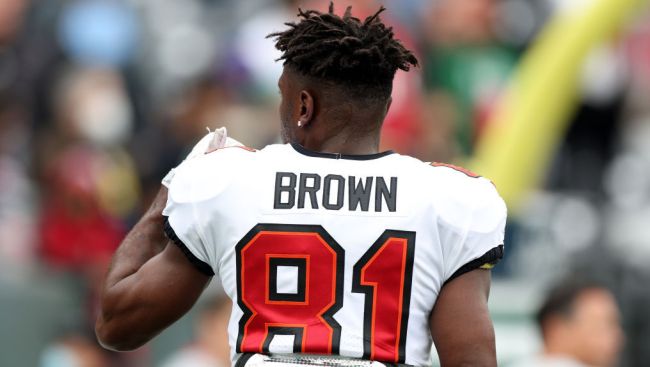 Earlier on Thursday, the defending Super Bowl champion Tamba Bay Buccaneers officially released mercurial wide receiver Antonio Brown and released a brief official statement detailing their side of the events that unfolded during the game against the New York Jets on Sunday, January 2.

While Brown has spent the last couple of days claiming that the Bucs coaching staff forced him to play despite being injured, the Bucs say in their statement that Brown did not “indicate that to our medical personnel that he could not play.”

“The Tampa Bay Buccaneers have terminated the contract of Antonio Brown, effective immediately. While Antonio did receive treatment on his ankle and was listed on the injury report the week leading up to last Sunday’s game, he was cleared to play by our medical team prior to the start of the game and at no point during the game did he indicate to our medical personnel that he could not play,” the Bucs’ statement reads.

“We have attempted, multiple times throughout this week, to schedule an evaluation by an outside orthopedic specialist, yet Antonio has not complied. Maintaining the health and wellness of our players is of the utmost importance to our organization.”

Given the seriousness of Brown’s allegations, there’s the potential that the NFL launches an investigation into what exactly went down on Sunday. Brown, who signed with the Bucs last year after being cut by both the Oakland Raiders and New England Patriots, certainly doesn’t deserve the benefit of the doubt given his track record over the last half-decade.