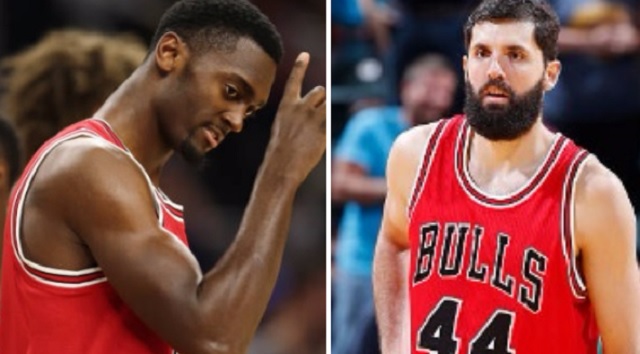 The NBA is officially back! It appears that two Chicago Bulls stars are going to be sidelined for awhile before their season opener due to an altercation in practice. According to a report from Yahoo Sports’ Sham Charania, Bobby Portis alleged hit his teammate Nikola Mirotic with a cheap shot to the face that left the Bulls big man injured and hospitalized.

Mirotic was taken to the hospital Tuesday after their shoving altercation during practice ended with an alleged cheap shot from Portis to Mirotic’s face, league sources told The Vertical. Mirotic is undergoing tests, but is expected to be out for the foreseeable future, league sources said.

If this is true, Portis can likely expect a long-term suspension by the team for his actions.