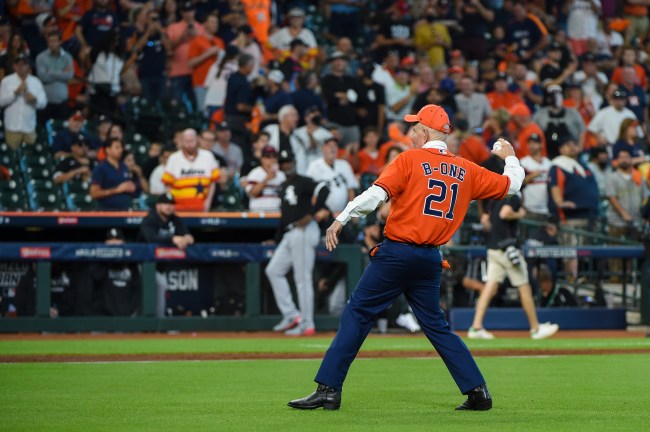 There may not be a gambler in the world who can make headlines like “Mattress Mack”. Sure, we’ll see $50k on a UFC main event or a few hundred thousand on whatever the week’s big game is every once in a while, but it’s rare to see bets like the ones “Mattress Mack” puts in.

Yesterday, we found out what his latest massive bet will be.

.@MattressMack is back with a #BetLikeACaesar wager on the College Football National Championship 👀
▪️ $1,200,000 on Alabama (+125) to defeat Georgia

The bet is actually a bit smaller than some of the action we’ve gotten used to seeing from the Texas-based furniture salesman. We have recently seen him wager more than $5 million on futures bets for other major championships.

First, it was a total of $3.6 million across multiple bets on the Astros to win the World Series. Those bets were couple with a promotion at his stores that guaranteed refunds on furniture purchases if the bet hits.

He is also currently on the hook for $2 million for a futures bet on the New England Patriots to win the Super Bowl. It wasn’t his first dip into NFL postseason action as he went 0-3 betting against the Kansas City Chiefs during their Super Bowl run.

He reversed the trend last year when the Tampa Bay Bucs beat the Chiefs. Now he’s moving on to the world of college football.

Mattress Mack must be feeling pretty confident in the Crimson Tide after Alabama’s last two performances. They absolutely dominated in the second half of the SEC Championship Game to easily beat Georgia. Then they followed it up with a comfortable win over Cincinnati.

If Bama can become the first team to win back to back College Football Playoffs then Mattress Mack will be in the early lead for biggest gambling win of 2022.