WATCH: Calvin Ridley Ran One Of The Nastiest Routes You Will Ever See 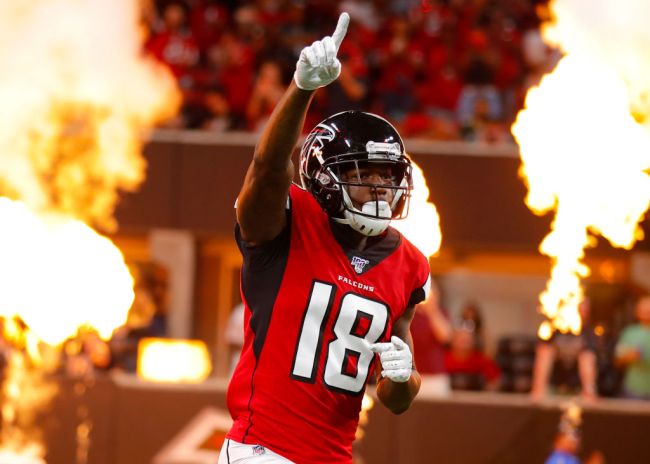 The Falcons finished dead last in the NFC last season and there isn’t a whole lot of hope for improvement in 2021. By bringing in a new head coach and general manager in the offseason, Atlanta largely elected to play the long game.

Resources are limited and superstar wide receiver Julio Jones forced his way out. The outlook is not particularly positive for the immediate future.

With that being said, quarterback Matt Ryan still has some good football left in him and he has one of the better receivers in the NFL on his side. Calvin Ridley, entering his fourth season in the league, is set to be the primary target in The Big Peach.

He recorded 90 catches for an average of 15.3 yards per reception with nine touchdowns and those numbers are only set to increase if he can continue to find space. If there was any concern as to whether he can get loose, those doubts are no longer.

Atlanta traveled to Miami for the week and joined forces with the Dolphins in practice ahead of this weekend’s preseason game. During Thursday’s 1-on-1 drills, Ridley ran one of the most disgusting routes you will ever see.

He lined up against Dolphins cornerback Byron Jones and shook the poor man to his core. It was gross.

Ridley was the fourth-ranked wide receiver in terms of fantasy production in 2020.