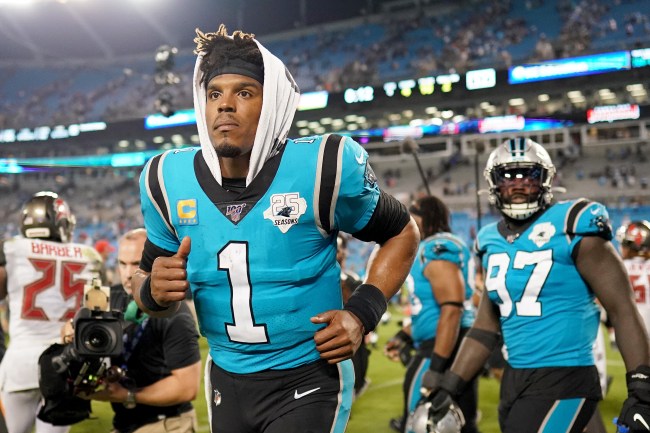 On Tuesday afternoon the Panthers made a big announcement about how they granted Newton permission to seek a trade with another team which signals the end of his nine-year run in Carolina.

The Panthers on Tuesday gave quarterback Cam Newton permission to seek a trade. General manager Marty Hurney met with Newton and his representation to discuss the plan, signaling the end of a nine-year run in Carolina.

“One of the distinct pleasures of my career was selecting Cam with the first pick in the 2011 draft,” Hurney said. “Every year difficult decisions are made and they are never easy. We have been working with Cam and his agent to find the best fit for him moving forward and he will always be a Carolina Panther in our hearts.”

Newton took to Instagram to blasts the Panthers for making it seem like he asked for a trade.

Stop with the wordplay. I never asked for a trade, there is no dodging this one, I love the Panthers to death and will always love you guys, please do not try and play me or manipulate the narrative and act like I wanted this. You forced me into this

It’s kind of sad that the Panthers and Newton’s relationship is going to end on a sour note considering how much love he’s shown to the team throughout the years.