Newest LIV Golf Star Cameron Smith Not Allowed To Have Cake And Eat It Too, Calls Situation ‘Unfair’ 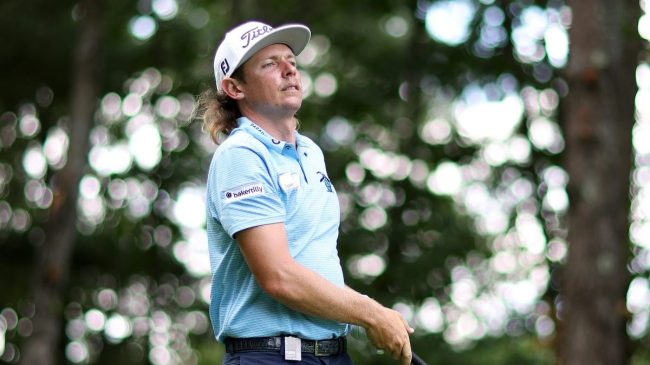 Cameron Smith delivered a massive blow to the PGA Tour earlier this week when he officially defected to join the LIV Golf Series. The Australian is the reigning British Open champion and the No. 2-ranked golfer in the world.

Rumors of Smith’s departure were around for weeks, but fans didn’t have quite the best reaction when the deal was made officially following the end of the PGA Tour season.

Smith spoke with media ahead of his first LIV start this weekend in Boston and brought up one major issue he has with the move.

Smith’s move to LIV reportedly comes with a gigantic $100 million paycheck. But one thing it doesn’t come with, however, it Official World Golf Ranking points. The rule also makes it harder for players without exemptions (like Smith) to qualify for major championships. And Smith isn’t happy about that.

Cam Smith is not happy with things as they currently stand #LIVGolf 😡https://t.co/k79gGGND0n

“To the fans of major championship golf, it may be a little bit unfair on them,” he said on Wednesday “I think majors is about having the best guys in the best field on the best golf courses. Hopefully we can sort that out.”

“To have 48 of the best guys around the world playing and not to get world ranking points, I think is perhaps a little bit unfair,” Smith then added.

LIV applied for OWGR accreditation in early July. But the process could take a number of years. The league’s 54-hole, no-cut format is already an issue. Though the series may have already found a work around.

A number LIV Golf members will join select “International Series” events on the Asian Tour. The events are held in select locations with limited fields and will offer rankings points as part of the Asian Tour.