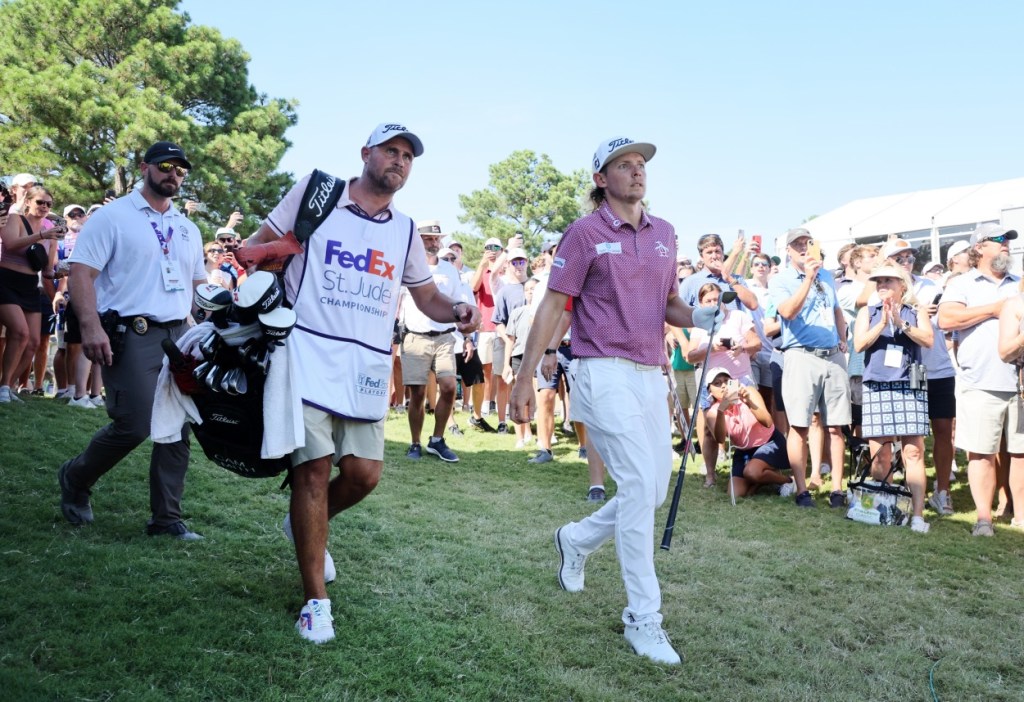 The PGA Tour announced the world’s #2 ranked golfer, Cam Smith, is withdrawing from the BMW Championship. This is the 2nd of 3 FedEx Cup events, the PGA Tour’s version of The Playoffs, and it is a bit of a shocker to see Cameron Smith withdraw when he currently sits in 3rd place in the FedEx Cup standings with 2,548 points.

This announcement from Cameron Smith’s agent Bud Wasserman comes amid rumors that Cam Smith is all but gone from the PGA Tour. Rumors have been swirling that Cam is headed to the LIV Golf Tour on a deal worth $100 million. Smith was awkwardly asked about those rumors by reporters. And this is all coming in the immediate aftermath of Cam Smith winning the Open Championship, golf’s oldest tournament.

Cam was also assessed a 2-stroke penalty for a ‘bad drop’ during the 3rd round of the FedEx St. Jude Championship. There really hasn’t been a dully day for him recently and now this…

Cameron’s Out Of The BMW Championship…

Cameron Smith, who enters the week No. 3 in the FedExCup standings, is a WD from the BMW Championship.

Everyone Had Jokes After Cam Smith Withdrew From BMW Championship

Carrying all that money in one pocket will definitely throw out someone's back/hip. #LIV

Is it possible this moment with Scottie Scheffler impacted Cam’s decision to withdraw from the BMW Championship???

Playing four in a row was a big ask 😎 https://t.co/G9dgwXePk8

Cam was 2nd in the FedEx Cup standings before Will Zlatoris won the St. Jude and vaulted into 1st place ahead of Scottie Scheffler. Smith now sits in 3rd place but he could easily get leaprogged by a few more players this week at the BMW Championship.

Ultimately, he’s already qualified for the Tour Championship in Atlanta. Playing this week could’ve bolstered his chances to win it all by adding more points and getting a comfy advantage going into the final event of the season.

His agent didn’t say anything about the Tour Championship. So there’s no reason to think Cam Smith isn’t going to play the final event of the PGA Tour’s season. But we won’t know for sure until more is said.

Did Scottie Scheffler do this intentionally ? https://t.co/gPfZQ0X4lE