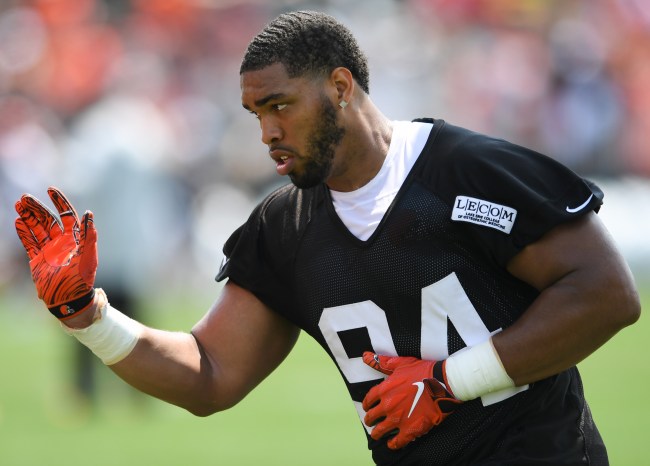 The name Carl Davis seems pretty common, so it should be understandable if somebody confuses two people sharing the same name. But a New England Patriots defensive tackle with that very name wasn’t being too forgiving to the people over at ESPN, because he called out anybody who would listen about a major error when it came to his profile picture on the website.

The NFL player took to Twitter bringing up just a little bit of a mistake, which, as you will see below, showed Carl Davis of the Pats being a different race. Uh, yeah, somebody over at ESPN might want to get on fixing that.

Can everybody retweet this until @espn realizes this is not me and changes this. Thanks pic.twitter.com/XcAxiTQAcb

After the real Carl Davis took to social media to alert ESPN about the mistake, about 3,500 people reacted to the tweet, with plenty of users adding some hilarious commentary about the issue. Take a look below at what some were saying — which, ultimately, led to ESPN updating the pic to the right guy.

“Guy Named Carl from Iowa, gotta be a white dude. Use this photo”

This is what happens when you fire half your staff and use unpaid interns.

I think this might be the guy who plays you in the movie version…..😂😂😂

Just brutal digs at ESPN from some folks on Twitter. That one about the company being short-staffed is an ultimate burn, though, as the sports media giant needed to layoff hundreds of employees this month because of lost revenue. The Internet, man, it always wins.

As an update, the error with Carl Davis’ picture did get updated at some point on Monday, putting an end to this little drama — and the fun of laughing at ESPN for the mistake.

They finally got it right. pic.twitter.com/uNwIUe0VLL

Hey, it’s an honest mistake by ESPN, right? I mean, things like this happen all the time in doctor’s offices, so why wouldn’t it happen online, too? Here’s to hoping the Patriots defender doesn’t get confused as somebody else again and ESPN’s just a little bit better with getting the right person next time. Thanks for the little laugh, though.