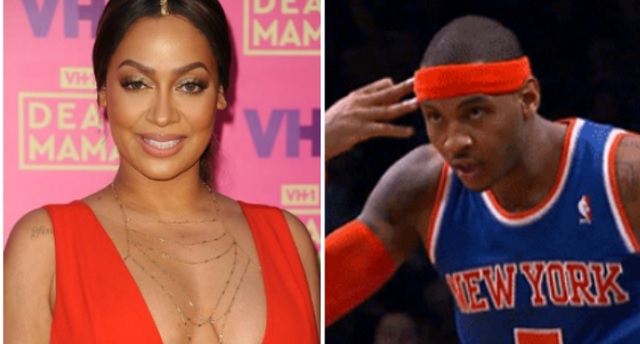 Back in April, Knicks star Carmelo Anthony split with his wife La La after he allegedly impregnated a stripper. Since then, Melo has been desperately trying to win his wife back by sending her cutesy messages on Instagram.

Yesterday, La La celebrated hes birthday by attending the BET awards which can be seen in this Instagram post she put up.

Melo then went on to post this Instagram pic on his page wishing La La a happy birthday.

I look at you on this birthday, and it is hard to believe another year has passed. You are as beautiful now as ever before!!! Sending Birthday wishes to MY EARTH 🌏 @lala Love YOU

Unfortunately for Melo, La La was sitting to former Knicks coach Derek Fisher aka Mr Steal Yo Girl at the BET Awards.

Derek Fisher smashing Matt Barnes' wife, wrecking his car, and now sitting next to Melo's wife at the BET Awards plotting his next move. pic.twitter.com/zcRK2JB6kt