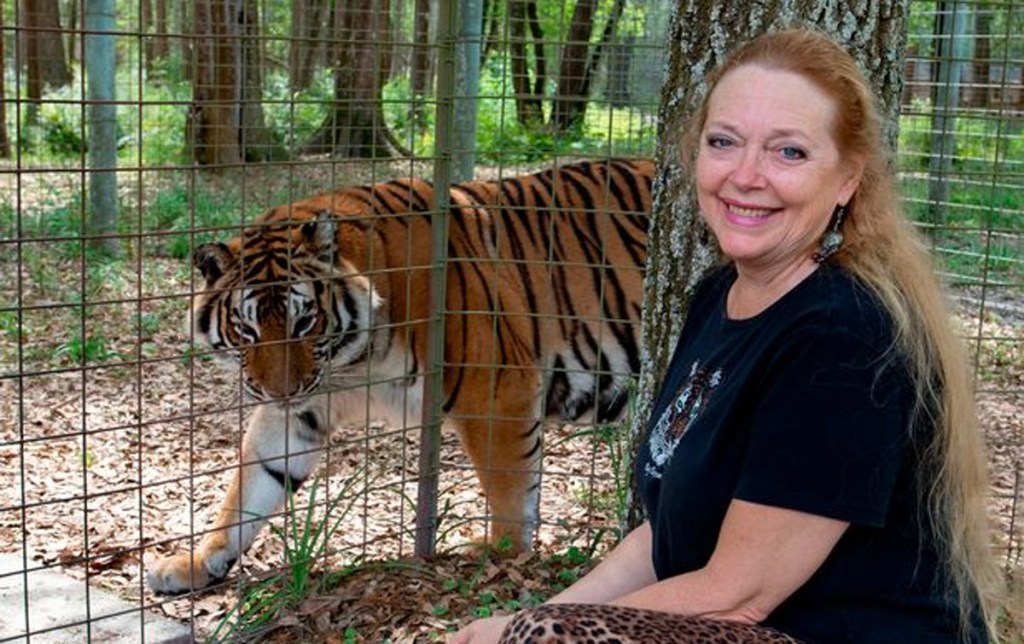 I don’t know how many of you out there tuned in to the Elon Musk interview on Clubhouse but there was a coast-to-coast groan of people rolling their eyes when some dork asked Elon how he got so good at memes and Musk responded something asinine like “he who controls the memes controls the universe.” Pro tip: if you ever have the chance to interview the world’s wealthiest man, and one of hte most successful people in modern history, you shouldn’t waste your question asking about f’n memes. And this is coming from a professional sh*tposter who posts meme roundups here all day every day for the past decade.

Likewise, if you’re ever interviewing the Cat Lady from Tiger King who’s biggest claim to fame is that she definitely, 100%, ABSOLUTELY did not feed her missing ex-husband to a tiger, you should not ask her about sports. She runs a controversial ‘sanctuary’ for big cats and mumbles ‘hey all you cool cats and kittens’ on Instagram. That’s her area of expertise. Not public health, event planning, or the NFL.

“I just think it’s irresponsible for people to be gathering in large groups, even though I understand they’re saying this is a much smaller group than they’ve ever had,’’ Baskin said, referring to the 22,000 fans the NFL said will be allowed to attend Super Bowl 55 on Feb. 7. “But it doesn’t matter that it’s a smaller group. It’s way more people than should be exposed to each other for the purpose of watching a game.

“We are right now dealing with life or death on this planet and I think every one of us should be doing our part to stay home.”

“What I have seen is every time there’s a big event, whether it be a protest or a political rally, after that thing happens there’s this huge uptick in the number of local people who (test) positive for COVID-19,” Baskin said.
“And there’s no way if you bring 22,000 people to Tampa, from all over the place, that you’re not going to see that same kind of huge uptick in cases here. There’s nothing that would justify that sort of risk-taking.” (via USA Today)

All that said and she’s still planning a Super Bowl prediction (on Thursday) using one of her tigers so she’s still finding time to leech off the news.

Carole Baskin‘s official title is ‘American big-cat rights activist and CEO of Big Cat Rescue’ yet someone was like ‘daaaaaamn, she lives in Tampa so we should ask her about the Super Bowl’ and keep beating this Tiger King dead horse into the ground until people are so damn tired of hearing about it they begin to turn on everyone involved.

There will be 22,000 fans allowed this year. 7,500 of those will include local medical workers, consisting almost entirely of doctors and nurses from the area who have worked on COVID floors and directly with COVID patients, all of whom will have received two doses of the vaccine. That leaves 14,500 fans who are WILD CARDS in a stadium that accommodates 65,000+ fans. I’m the last person on the planet you’ll find advocating for large gatherings but things are somewhat improving here in Florida with several million receiving the shot already. So this is a different scenario from say the Champions League game in Northern Italy last year that became one of the most notorious super spreader events.

Still, my thoughts on this don’t matter at all. I also live in the Tampa Bay area and nobody should ask me what I think. I’m not a public health expert. I’m not a doctor. I don’t work for the NFL. And nobody should ever be asking Carole f’n Baskin about the Super Bowl, ever.