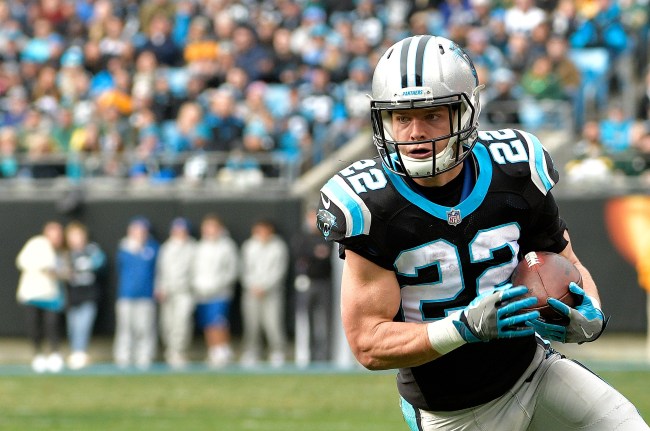 Carolina Panthers running back Christian McCaffrey and his father Ed, a former NFL wide receiver, teamed up with USAA, the Official NFL Salute to Service Partner, and the USO of NC to virtually surprise a military family for a special Father’s Day celebration in honor of their service.

The McCaffreys recently made a virtual visit to active-duty service members and Panthers fans Jeremy C., a 16-year United States Marine Corps veteran and his daughter Ella R, who followed in her father’s footsteps and currently has three years of service with the United States Air Force.

In the video, McCaffrey thanked Jeremy and Ella for their service and the group discussed why Father’s day is special to them.

Dads and father figures play such a huge role in the paths we choose. Great to work with @USAA and the @USOofNC to surprise a @Marine and his daughter – who also chose to serve – for #FathersDay. Thanks to all those who guide and inspire us. #SaluteToService pic.twitter.com/0AaLP8z1ub

Christian McCaffrey “I just wanted to say thank you for your service,” “To me Father’s day is a very special day, I always wanted to be like my Dad. I just remember going to his games and hanging out with some of his teammates and having a blast in the locker room…those are days I’ll never forget.

Ella: “My Dad adopted me,” “He chose to take me on. It is very meaningful because he chose to be my Dad.”

Jeremy “I have deployed, and I’ve had a lot of responsibility on my name,but there’s not really a greater calling than to be a family man – to be a father.”

McCaffrey has a long history of showing love to active duty service members. Earlier this year the Panthers star helped a decorated marine make it to the Super Bowl. Good stuff.