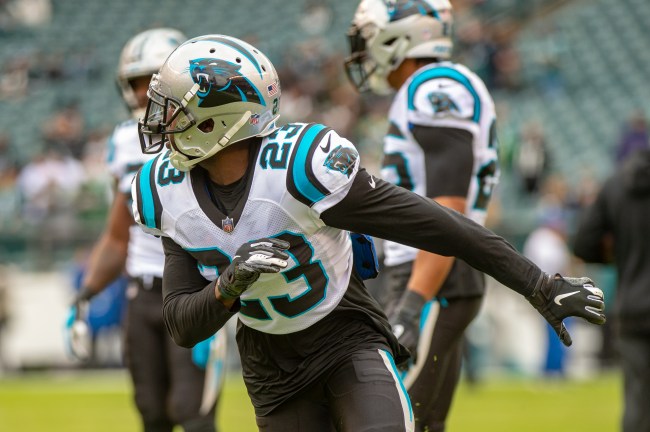 It seems like the Carolina Panthers are taking Coronavirus safety precautions very seriously after they were forced to place five players on the league’s Covid/reserve list in the last few weeks.

On Sunday night, a video was posted on Instagram showing Panthers practice squad player Josh Hawkins dancing while not wearing a mask in a crowded Charlotte restaurant.

Here’s Panthers practice squad CB Josh Hawkins at a crowded restaurant (dancing in an aisle without a mask) last night, via Instagram.

No rules against NFL players going out, but Panthers have had a rash of players on COVID list the past two weeks.

This isn’t a great look. pic.twitter.com/yax5nLqlI0

So @Nikki704 told me I needed to watch some IG stories from Nikko over the weekend. You all need to see them too. Especially you @MeckCounty @ncdhhs. We just extended Phase 3 and these idiots are taking us back to before we had phases. WTF pic.twitter.com/dAuMs8HjrS

On Monday Hawkins was released by the team but Panthers head coach Matt Rhule would not specifically say if the Instagram video taken over the weekend had anything to do with the decision.

Panthers released practice squad cornerback Josh Hawkins. Over the weekend this video of him dancing in a crowded restaurant w/no mask was posted on IG. When asked if the move was related, Matt Rhule wouldn’t comment specifically. Said it was done in best interest of the team. pic.twitter.com/rVUeAdK2ux

It’s probably not a good idea to do anything that may get you cut if you’re a practice squad player.