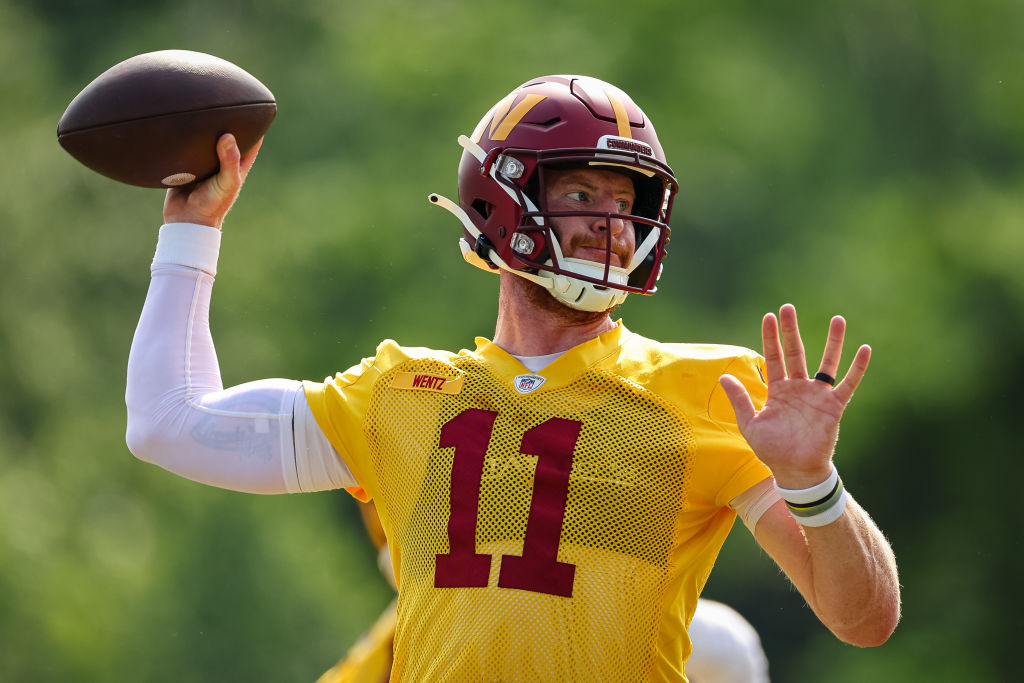 Carson Wentz apparently had a rough day in practice on Monday.

According to Nicki Jhabvala of the Washington Post, Wentz threw back-to-back interceptions to Kendall Fuller and Kam Curl.

Caron Wentz threw back-back picks, first to Kendall Fuller and then to Kam Curl. On the second one, Wentz overthrew 6-5 TE Cole Turner before Curl caught it.

Wentz then went on to throw another interception moments later.

Carson Wentz intercepted for the third time today. Was looking for Terry McLaurin on a deep comeback. Bobby McCain jumped the route and picked it easily

While in the red zo, Wentz missed an open Terry Mclaurin, who chirped at his QB for missing him.

In the red zone, Terry McLaurin had Jamin Davis on him and Carson Wentz immediately went to Cole Turner for the incompletion. As soon as the ball came out, McLaurin yelled “I had a linebacker bro!” and Jamin laughed.

It looks like it’s going to be a long season for Commanders fans.