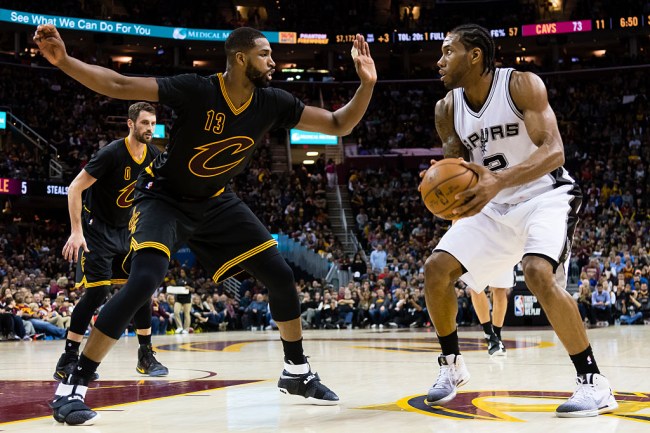 Most teams picking in the top 10 in Thursday’s draft, if not all of them, have at least contacted the San Antonio Spurs about Kawhi Leonard and asked, essentially, “Keep us in the loop.” Teams outside the top 10, including the Boston Celtics, Los Angeles Lakers and LA Clippers, have done the same.

Some of those suitors know they don’t have enough: The Cavs peddling Kevin Love and the No. 8 pick, the Grizzlies with No. 4 and Chandler Parsons, the Clippers with Tobias Harris and Nos. 12 and 13.

Last night Gregg Popovich met with Kawhi Leonard in San Diego but the feeling around the league is that Kawhi already has heart set in joining the Lakers in 2019. We’ll see if the Spurs end up trading Kawhi or keep him this season to see if he has a change of heart next year when his contract is officially up.