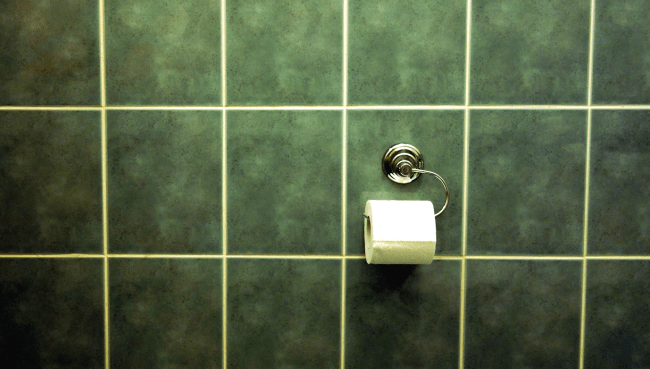 Have you ever laughed so hard that you pooped your pants? C’mon, be honest. Hey, it’s okay. Accidents happen.

“Does that Phanatic do that?!” host Amendolara asked while cracking up at Morash’s statement.

“I mean, really, did he do that to Dale Murphy?! When is that a ‘thing’ that the Phillie Phanatic does?!” he continued while barely controlling himself.

“Oh my God, Bobby Cox is down, prone! Here comes the Phanatic squattin’ over him!” Morash shouted while physically demonstrating what he was saying.

“Oh no! David Wright, get off the ground! Here comes the Phanatic!”

“That image… of the Phillie Phanatic… squatting over Mike Schmidt, who is laying on his back on the ground like a turtle on his shell…

“Morash says it offhandedly like that’s what the Phanatic does,” he continued, killing everyone in the room. “You know, he shoots hot dogs into the stands, takes dumps on your chest…

All of this caused Morash to break out in a uncontrollable fit of laughter (understandable once you watch it), lifting him out of his chair he was laughing so hard, and causing him to literally poop his pants.

Here’s the uncensored version from the simulcast. Pete hit the dump button as Mraz has an accident from laughing so hard. Dark day. pic.twitter.com/Cv7u5DRPZd

After Morash returned from the bathroom looking like a “dog who just peed on the floor,” Amendolara said, “On the one hand I’m glad that he laughed so loud, it must have been funny. On the other hand I’m really terrified of a guy that if you laugh really loud, can’t control the bowels.”

My mother can’t make it 3 aisles into a Stop and Shop run. I blame her pic.twitter.com/kJO2zx53ZU

I have trust issues https://t.co/r9ONprPRhR