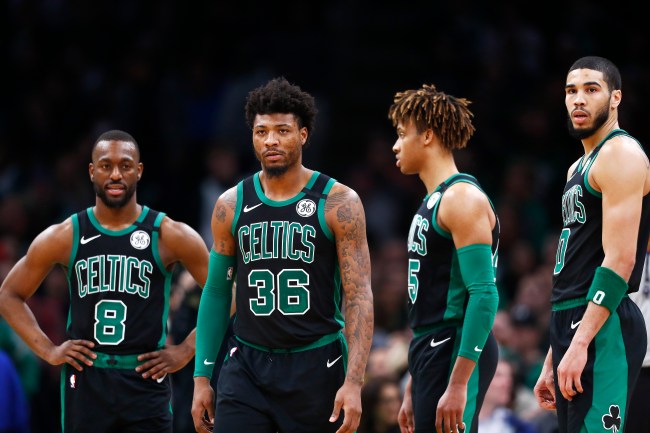 The Boston Celtics suffered their second heartbreaking loss in a row to the Miami Heat in the Eastern Conference Finals and it doesn’t seem like they’re taking it to well.

After the game, there were multiple reports of Celtics players yelling, cursing and throwing items in the locker room.

Marcus Smart is screaming at someone in the Celtics locker room — or several people. The yelling continues as Smart exits the locker room, swearing.

There were loud clanks — like someone throwing items — coming from the Celtics’ locker room. https://t.co/0D9SokSr5u

Been outside a bunch of locker rooms in my days. That’s was as raucous as I’ve ever heard. #Celtics

Celtics head coach Brad Stevens confirmed that players were emotional after the game.

Celtics coach Brad Stevens on multiple rounds of shouting could be heard from locker room after Game 2 loss to Heat: “Guys were emotional after a hard game, hard loss.” pic.twitter.com/UueTsVHvCi