Chad Ochocinco’s $1,000 Tip For A Server Included An All-Time Message About Greatness 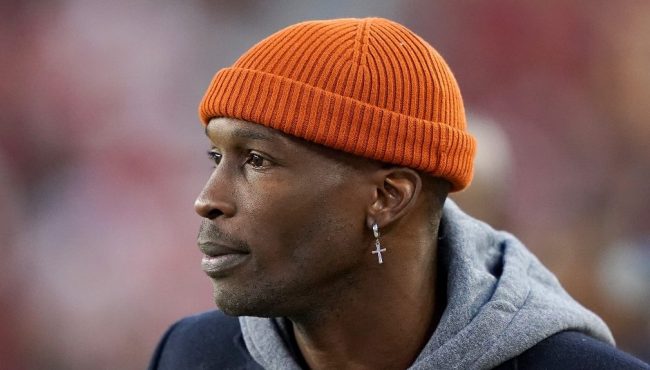 Chad Ochocinco was one of the most colorful athletes during his time in the league. Since then, he’s remained incredibly entertaining through social media, video games, and even boxing. The former Cincinnati Bengals wide receiver is also known for dropping massive tips to in restaurants but this time, he made sure to let the server know about his Madden skills.

According to Bleacher Report, Ochocinco left a $1,000 tip on a $24 bill Wednesday. However, he left a message to the server claiming he scored six touchdowns with himself in Madden. Only a former or current professional player in the NFL can say that. It’s the ultimate brag as only a select few can likely say the same.

.@ochocinco left a $1K tip on a $24 bill last night and wrote “I once scored 6 touchdowns in Madden using myself” 😂

We’ve all scored six touchdowns in one game but not many have played in the NFL. Chad Ochocinco is a major video game enthusiast as he helps EA Sports conduct player ratings every year. Madden NFL 23 is no different, as Ochocinco has also interviewed several players about their ratings for the new video game.

We’re sure to see the former Bengals star hit the sticks and serve up randoms online as he always does. Whether it’s FIFA or the upcoming Madden NFL 23 video game, you can bet Ochocinco will be logged in.

All we can say though is whoever that server is they had a lucky night on Wednesday. It’s not every day you get a tip worth $1,000, let alone meeting Chad Ochocinco at the same time.