Channing Frye Delivers A Hilarious, A+ Message To Any NBA Fans Who Think He Sucks 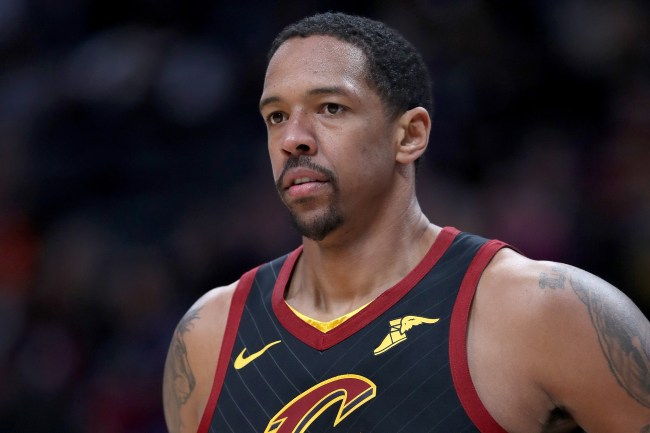 Channing Frye might not be playing much, if at all, for a Cleveland Cavs team that’s only won 19 games and is projected to have a top-3 pick in this year’s NBA Draft, but the 35-year-old doesn’t really care about that too much right now. That’s because Frye, who announced that this season would be his final in a 13-year career, is just sitting back and collecting some checks as he mentors some of his younger teammates. Sounds pretty low stress, doesn’t it?

That doesn’t mean that Channing Frye isn’t still getting heckled by NBA fans, though. The big man — who’s one of the most entertaining players in the league, even having his own Podcast with former teammate Richard Jefferson — was asked by Joe Vardon of The Athletic how he wants his NBA career to be remembered. The one-time NBA champion didn’t mince his words, giving a hilarious reply back. Take a look at what Frye had to say.

“I was a great teammate and I love all my teammates, and then No. 2 is I’m a champion. So I don’t care if anyone says I suck, because I don’t. If they’re like well, you’re not playing now, that happens to everybody.

That’s about as brutally honest, and funny, as an NBA player can get. Kudos to Channing Frye for keeping things real AF, because, yeah, according to Basketball Reference, he’s earned over $66 million during his 13 years in the league, so he can walk away from the game pretty happy with that chapter of his life — and still head down to any rec center and ball the f*ck out.

With four games left in his NBA career, Channing Frye’s got to feel pretty good about whatever comes next as his days as a pro hoops player come to an end. So if you’re one of those dummies who actually thinks an NBA player sucks — even one who doesn’t play much on a crappy team — Frye might want to show you otherwise in a few months.