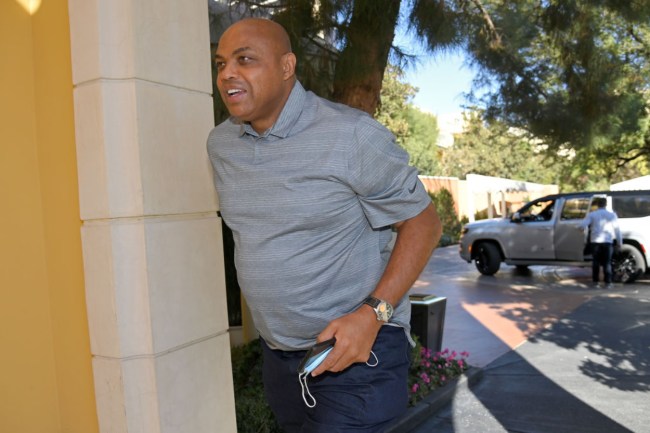 Charles Barkley is one of the most entertaining people on all of television, and that’s saying a lot given the fact he talks about basketball for a living. He’s a very important piece to the puzzle when it comes to TNT’s NBA coverage alongside Ernie Johnson, Kenny Smith, and Shaquille O’Neal.

While we’ve gotten spoiled over the years getting to watch and listen to Chuck talk about the NBA and clown with his friends on TNT, we may not get that privilege for too much longer.

Barkley joined ‘The Pat McAfee Show‘ on Thursday and revealed that he’ll be hanging up the mic much sooner than later. In fact, Chuck even teased he could be done with TV in as little as two years time, which is when his contract is up with TNT.

McAfee asked Barkley, who has been doing TV for 21 years now, if we’ll see him 10 or 15 years down the line still doing what he’s doing. Barkley made it clear that that won’t be the case at all.

There you have it, we all have to appreciate Chuck even more so moving forward, we may not have him on our TV’s for too much longer.