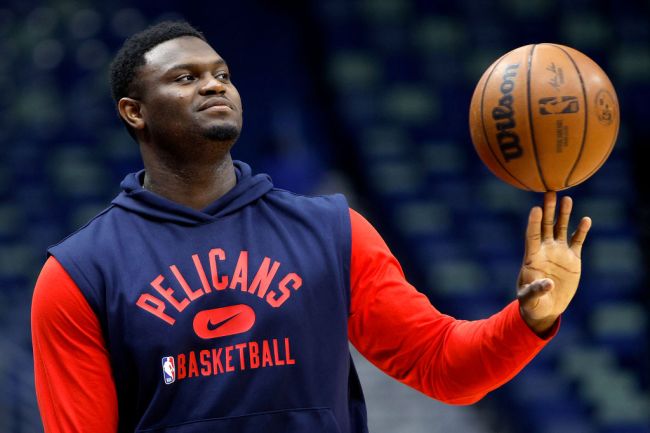 Last night, the New Orleans Pelicans finished an incredible turnaround when they beat the Clippers to secure the Western Conference’s final playoff spot after starting the year 1-12.

The teams took turns blowing big leads with the Pelicans jumping out to a 16 point lead in the first half only to see it evaporate early in the second half. The Clippers then took a 13 point lead of their own in the 3rd quarter, but the Pelicans erased that with a little under 5 minutes left in the game.

From there, the Pelicans took complete control of the game, jumping out to a 7 point lead and held on to win 105-101. They were led by 30 points from Brandon Ingram who got the honor of being interviewed by the “NBA on TNT” crew after the game.

It was a pretty standard postgame interview until Charles Barkley decided to chime in with a shot at Zion Williamson.

“Clearly him and Zion don’t hang out together. They bodies don’t look the same. Y’all don’t eat at the same places.”

Unfortunately, Zion’s teammates still aren’t expected to spend much time at all with him as even their surprising run to the playoffs doesn’t seem like it will give him enough time to be ready to return for the Pelicans.

It’s unfortunate as the Pelicans are going to need all the help they can get as they head into a first round series against the NBA’s best team, the Phoenix Suns.

Hopefully next season Zion can spend some more time on the court for the Pelicans and direct Barkley’s attention away from his restaurant choices.