Charles Barkley Reveals His Annual Earnings, What LIV Golf Would Need To Offer Him 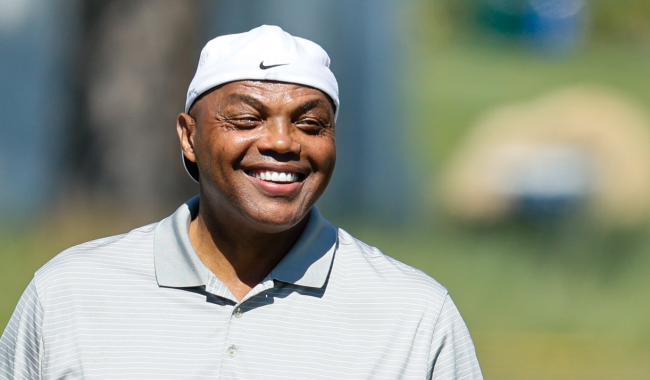 During an appearance on The Dan Patrick Show on Monday, Charles Barkley basically revealed what his salary is at TNT, including endorsements, and what it would take for him to leave Inside The NBA and jump to LIV Golf.

Barkley, who admitted last week that he was going to have a meeting with Greg Norman to discuss a possible role with LIV Golf, said that it would take a lot of money for him to leave TNT.

On Monday, Dan Patrick floated a salary figure to Barkley that might just get it done.

“I met with Greg [Norman]. He asked me was I interested. I said, of course, I’m here,” Barkley told Patrick. “I wouldn’t have dinner with you if I wasn’t interested and I’m waiting for them to make me a offer, I guess. That’s all I know so far, but it’s been very stressful on me.”

Patrick then asked what the Hall of Famer was looking from from LIV.

Patrick then asked Barkley what kind of offer would it take and Charles said it would have to be “astronomical.”

Later in the interview, Patrick threw out a number, $20 million in endorsements and TNT salary (which Barkley said was in the ballpark of what he makes), and asked what Charles would do if LIV tripled that and offered $60 million.

Barkley replied, “If they triple it the next time I’m on your show the first question better be, ‘Charles, where are we celebrating at tonight?'”

A decision on what he plans to do should be coming soon he says, because he isn’t “going to keep TNT in limbo,” adding, “I don’t think it’s fair to them.”

Listen to the entire interview below.