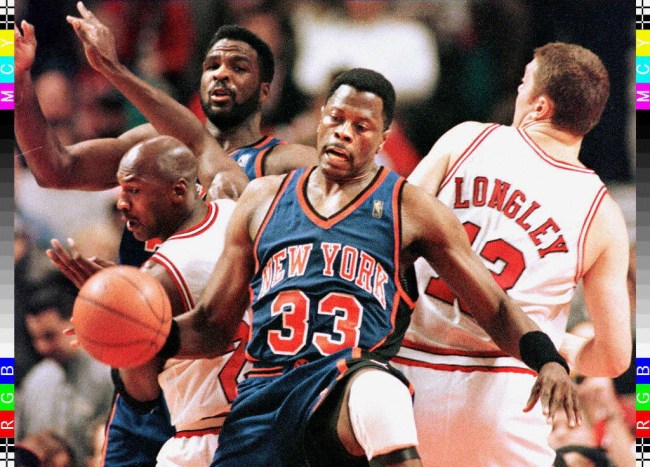 Name the person who should be talking shit.

If you guessed Charles Oakley, you are somehow wrong and right at the same time.

In the wake of Sunday night’s Last Dance installment, Oakley claimed Patrick Ewing’s inability to step up in the 1993 playoff cost the Knicks, who won 60 games that season, a trip to the NBA Finals.

“Patrick, at the end of the game, he’d get double-teamed,’’ Oakley told The New York Post. “He’d shoot fadeaways on double-teams and that hurt us as a team.”

“My thing with [Jordan] is, ‘It’s not like you beat us by 20,’ ” Oakley added. “Most games went down to two, three possessions. Y’all made shots. We didn’t. The best player won. Michael was a better player than Patrick hands down.”

Michael Jordan and the #Bulls’ rivalry with the #Knicks was covered specifically in 1993.

Ewing says in the documentary, “It was extremely physical. It wasn’t really a foul until you drew blood.”

Oakley, who recently called Ewing “one of the most difficult guys I’ve played with,” took exception to this.

“A lot of guys who talk now didn’t say that stuff when they played basketball.’’

Oakley was also asked about Michael Jordan’s controversial trip to Atlantic City after Game 1 and used it as another opporunity to rip Ewing.

“When you’re off, you can do whatever you want to do,’’ Oakley said. “Danny Ainge said [he and Jordan] played golf 36 holes before a playoff game. I never thought he’d do that, but he’s incredible. When things go your way, you can take a chance of doing things. A lot of guys can’t do that. They don’t have that drive. Patrick would never do it like that — because he doesn’t have it inside of him.”

And one final, condescending knife twist for good measure.

Damn, man. What a prick.