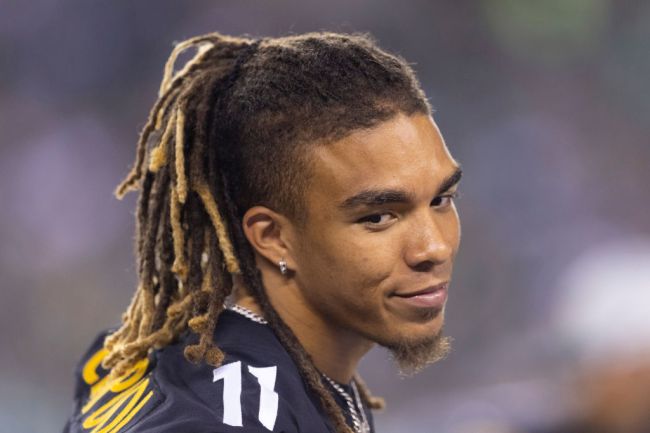 Another TikTok user Corina (@corina_907) has 745,000 followers and has become the self-proclaimed ‘CEO of the saddle stool.’ She is a 20-something dental hygienist who posts primarily about her job while wearing scrubs.

Her content is great and she is undeniably attractive, but Claypool made it unnecessarily sexual.

A big part of Corina’s job requires to sit on the ‘saddle stool.’ It is literally just a stool with wheels on which she sits while cleaning a patient’s teeth.

If you’ve ever been to the dentist, you know the one. Well, she recently posted a video that explained how to get on the stool.

In response, Claypool “stitched” the video to make it seem as though he was the stool. After Corina sits down, the video cuts to a still image of a stool with only Claypool’s eyes and mouth. He smirks.

Either way — or likely a combination of the two — Claypool is making a very explicit reference to “face sitting” out of absolutely nowhere. It was a WILD move.