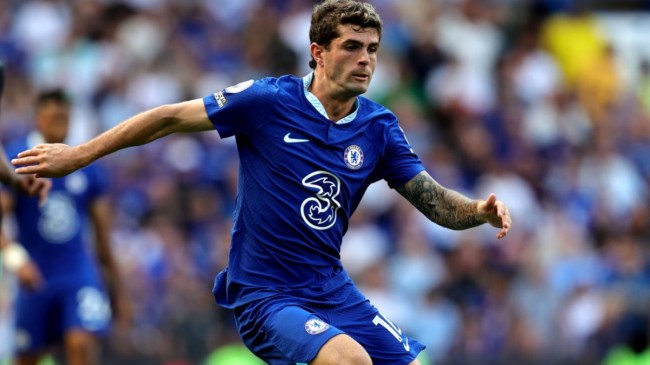 Christian Pulisic is the biggest star the US Men’s National Team has to offer, but his club career hasn’t exactly gone according to plan in recent years.

Pulisic’s club career had a very promising start. He dove right in to playing at the highest levels for Borussia Dortmund at just 17-years old. After impressing fans around the world for 3.5 years with the German club, Pulisic began attracting the attention of some of the sport’s biggest clubs.

He would end up transferring to Chelsea in a move that was expected to lead to him becoming a true star in world football. Unfortunately, that has never really become a reality as Pulisic has struggled with injuries and the team’s managers have preferred other players.

This struggle for regular playing time has led Pulisic to want to leave London, but, for some reason, Chelsea reportedly isn’t going to let him leave according to The Athletic’s Paul Tenorio.

#USMNT star Christian Pulisic looks set to remain at Chelsea this season, per source with knowledge of the plans, as ownership rejected any loan moves.

Pulisic understood to be disappointed as he was seeking somewhere to play consistently.https://t.co/9mR6i1y3Ix pic.twitter.com/fHSvAPP1Zr

Pulisic played just 1290 minutes in the Premier League for Chelsea last season. His situation has actually gotten worse during the summer transfer window as Chelsea added Raheem Sterling, who is sure to play ahead of him and he has only been on the pitch for 101 minutes in the team’s first 5 matches of the season.

Chelsea doesn’t seem to have much reason to keep Pulisic right now, but could have likely recouped a big chunk of his transfer fee if they had moved him this summer. Instead, it looks Christian Pulisic will be stuck in London at least until the winter transfer window opens.