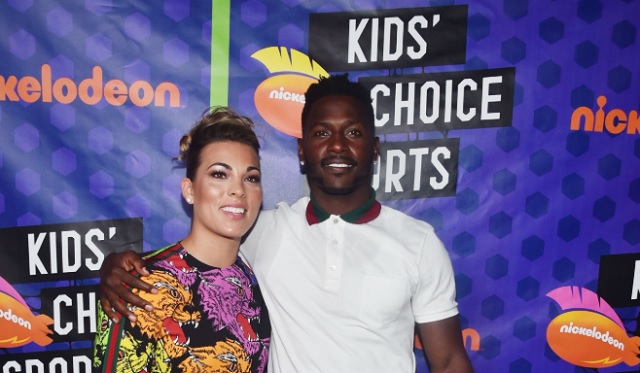 Early Monday morning, police were called to Brown’s residence after he berated his baby mama Chelsie Kyriss and accused her of trying to steal his Bentley, which she claims was gifted to her.

Several Hollywood Police Dept. officers arrived at Brown’s home around 10 AM local time on Monday … and Brown’s baby mama, Chelsie Kyriss, was there too. They have 3 children together.

Brown repeatedly told the officers he had previously evicted her from his home — but allowed her on the property so she could pick up her kids and take them to school.

But, Brown claims during the handoff, Chelsie tried to steal one of his cars — and he wasn’t having it.

At one point, AB screams at Kyriss … “Bitch, you don’t drive Bentleys. This is not your life.”

Brown filmed the entire confrontation with police on IG live and could be seen throwing a bag of gummy dicks at Kyriss’ direction while hurling more insults at her.

During the end of the exchange, Brown grabs a bag of gummy candies (shaped like penises) and throws them into the street in Chelsie’s direction … screaming at her to have a “bag of dicks.”

All the while, AB is screaming insults at her … “Take that fish-looking bitch to jail.

Brown continued filming himself insulting police officers as they left the scene.

AB lost his damn mind this morning… @AB84 maybe it’s a good idea if he doesn’t come back to the @NFL it looks like he’s been hit upside the head one too many times #BrainBoomin #antoniobrown #losthismind pic.twitter.com/ZIgb9mXIAu

After the incident at Brown’s house, Kyriss released several text messages on Instagram of Brown clearly trying to get back together with her. 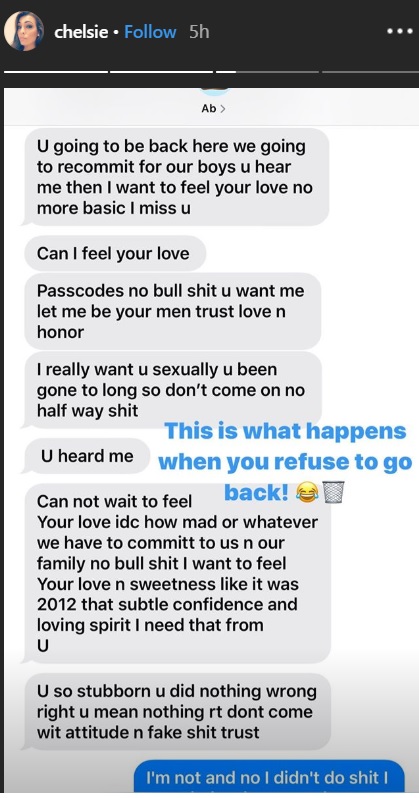 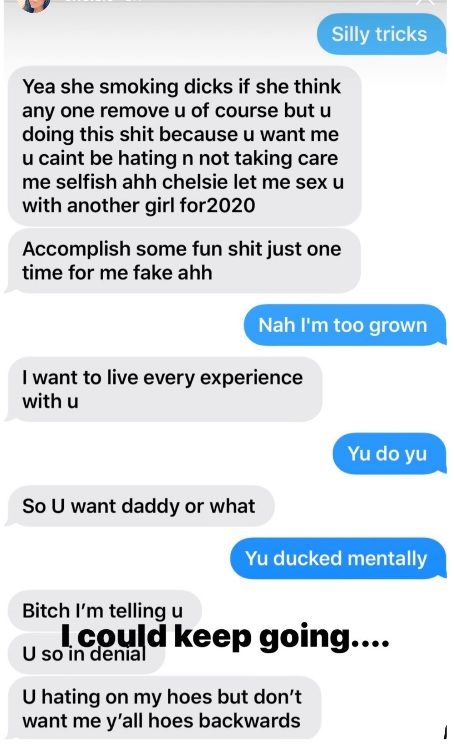 Brown is currently dating Odell Beckham’s ex-girlfriend Stephanie Acevedo while all this drama has been going down.