Chicago Bears Are Reportedly Looking To Trade One Of Their Stars 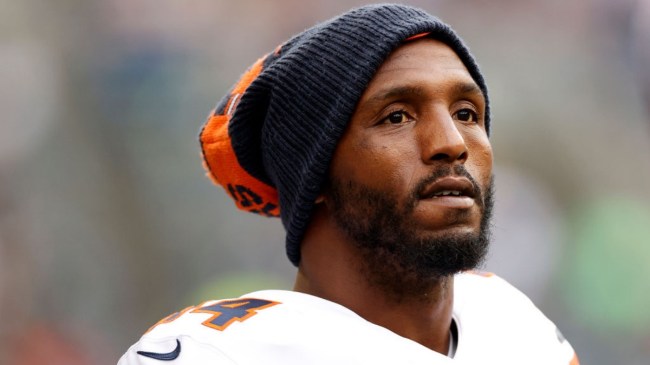 After years of disappointing results, the Chicago Bears decided to use this offseason to make some big changes in their organization. The brought in a new head coach, a new offensive coordinator, and a new GM. Unfortunately, none of these changes have really done much to improve the team’s results.

After the first 6 weeks of the season, the Chicago Bears have a 2-4 record. It’s actually a game worse than they were through 6 weeks last season and they suffered a particularly bad loss last week.

The Bears were at home on Thursday night against a 1-4 Washington Commanders team that had allowed each of their opponents to score at least 21 points and was allowing an average of 25.6 points per game.

Are the Giants for real? Are the Bears still selling off talent? Want the best trade deadline buzz, first? My Insider Notes for @washingtonposthttps://t.co/6M4hKhfzlD

Quinn was a force for the Bears defense last season, racking up 18.5 sacks on his way to a Pro Bowl nomination and a spot on the All-Pro 2nd team. Unfortunately, he hasn’t been quite as impressive this season.

Through 6 games, Quinn has only recorded 1 sack, 2 quarterback hits, and has been a part of just 7 tackles.

While the numbers this season aren’t that great, he’ll surely attract some interest from teams in need of help with their pass rush who will be hoping he can recreate his performance from season.